“Muhoozi can do anything as first son,”-Among 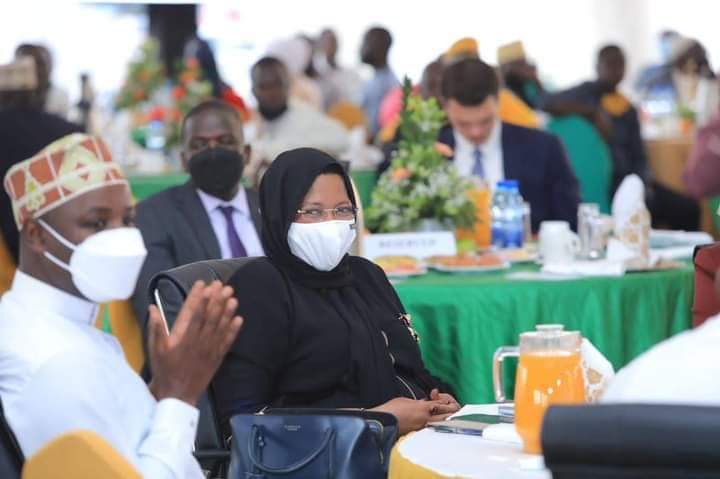 The speaker of Parliament Rt. Hon. Anita Among has fired back at Ugandans who are criticizing the first son also Commander of Land Forces Lt. Gen. Muhoozi Kainerugaba for breaching the UPDF act that prohibits serving military officers from indulging in partisan politics.

Earlier, Ugandans had lashed out at Muhoozi for meddling in politics and making political statements yet he has not officially retired from the army.

Speaking during plenary on Tuesday this week, Among reiterated that there is no law Muhoozi is breaking by sharing his political ambitions and throwing lavish birthday parties by the virtue of the fact that he is the son to the president also Commander in Chief Gen. Yoweri Kaguta Museveni.

“No law stops anyone from having a birthday bash. Uncle Kagame attended as an uncle to Muhoozi Kainerugaba and not as the President of Rwanda. I hope you are aware that Muhoozi is the son to the President of Uganda,” Among, one of the guests that attended Muhoozi’s state house birthday dinner told MPs.

Said to be one of the protagonists of the Muhoozi project, impeccable sources say Anita Among was deployed to parliament to tame defiant opposition MPs and also get rid of then speaker Rt. Hon. Jacob Oulanyah who would not have consented to the scrapping of the popular vote that seeks to propel Muhoozi to presidency since it will be a party with majority MPs to decide who takes the top seat of presidency. Sources add that Oulanyah who respected the rule of law would not have presided such a bill and yet Museveni wants to initiate the transition discussion from the old guard NRA to the new blood of his 48 year old son. Apparently, at least 6 Ministers are children to former NRA fighters, a sign that Museveni wants the generation of children to his cadres to take over.

Some young blood NRM MPs like Kasambye county’s Daudi Kabanda have already started campaigning for Muhoozi for the 2026 presidential bid. Muhoozi will be elevated to a full general and formerly retired from army within this 5 year period of time. Sources say Muhoozi has about 126 MPs in the eleventh Parliament all mobilized for him by speaker Anita Among.