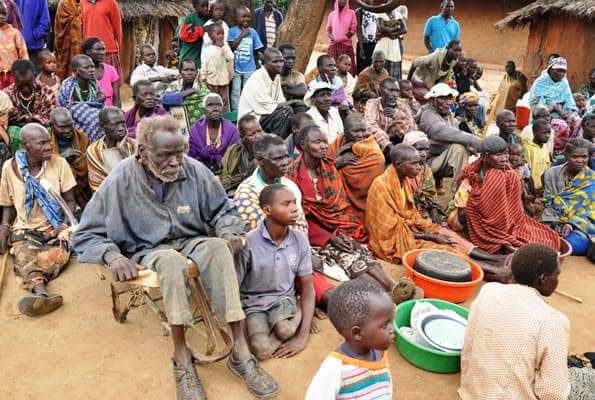 Last month, Aeight people were reported dead over hunger in three sub counties of Kaabong district in the past three months.

According to Jino, the situation has been made worse by insecurity that had blocked people from going to the wild in search of wild fruits.

“Initially when the hunger hit Kaabong district, people would go in search of wild fruits to cook, but this time around the situation is different because the cattle rustlers are in the bushes so no person is ready to go to the bush,” he said.

Meri noted that the high food prices in the region has also made it hard for the people to afford meals.

“As we speak right now, they are many people who are on the verge of dying because they are weak and can’t move,” he said.

He noted that many people are likely to die should the government delay to respond.

“We are currently carrying out a survey with the World Food Program on the hunger situation but am telling you the situation is very bad, children are malnourished, “he said.

Mark Lopus, the LC1 chairperson of Lobongai village said the hunger has squeezed the elderly persons after the food that they received from the government three months ago got finished.

“Around November last year government brought some food to help the most hungry persons but the food was little, right now people have started dying,” he said.

Lopus said in his village three people have so far died with the recent one dying last week.

Karamoja region every year experiences hunger leaving the region depending on food supplied by traders from the neighboring districts.

But for a while now, outside traders suspended supply of food in Karamoja citing the continuous attacks on traders by armed Karimojong cattle rustlers in road ambushes

Opinion: Why NBS should be boycotted