Omusinga set to be tried after lengthy bail period 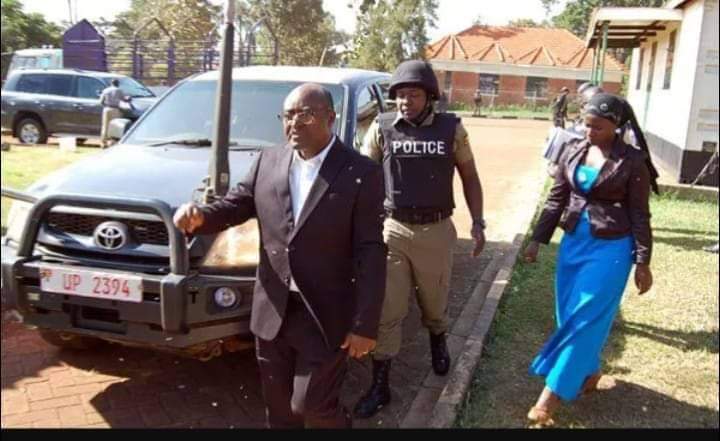 The office of Directorate of Public Prosecutio n -DPP has scheduled 23rd of this month for the pre-trial case of the Rwenzururu King, Charles Wesley Mumbere and other royal guards.

Mumbere was arrested in 2016 after a spark of instability in Kasese which was blamed on his guards leading to killing of hundreds and arrests of others following a fire exchange between the Uganda Peoples Defence Force -UPDF, Police and the royal guards.

Since then, Mumbere up to date is under house arrest with limited access and movement on charges of terrorism, Murder and other multiple counts of murder.

However, this Monday when the committee of Parliament on Human Rights was interacting with the DPP’s office, they tasked them to explain the status of the case and when justice will be granted to the Omumbere.

In response, the First Deputy DPP John Baptist Asiimwe said that the directorate finalized the file of this case waiting for the court to start hearing the case which is scheduled on 23rd of this month.

Meanwhile, on the delayed delivery of justice to the National Unity Platform –NUP President Robert Kyagulanyi on cases of possessing ammunition as alleged by the government when arrested in Arua, Asiimwe said that those are matters of court Martial and they are beyond DPP’s office.

He said that as DPP, they ended up at the High Court and once the file was taken up by the army court, they had nothing to do.

Asiimwe also further clarified why Kyagulanyi’s court file was amended to read possession of firearms rather than violating Covid19 regulations saying that the law allows it as long as there’s new developing evidence.

Furthermore, Asiimwe has said that they are ready with evidence to commit the two Member of Parliament Allan Ssewanyana of Makindye West and and Muhammad Ssegirinya of Kawempe North but its only court waited for to schedule the hearing date.