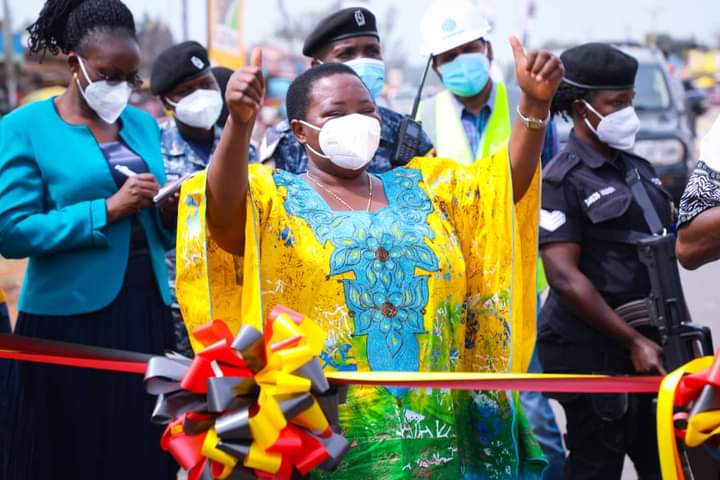 Three days into the ongoing nationwide industrial action of science teachers under their umbrella Uganda Professional Science Teachers Union, the Prime Minister Rt. Hon. Robinah Nabbanja has come out to urge them to retreat from their position saying they are being misled by opposition political elements who want to sabotage government projects.

Speaking to media this Tuesday morning, Nabbanja said she is aware that the demonstrating teachers are being influenced by opposition NUP politicians who seek to garner political mileage.

“I pity these teachers who have accepted to be used by NUP. You see, we are the ones in charge. We are the government. We have the money. Opposition is very poor and cannot even pay these teachers if we dismiss them,” retorted Nabbanja. “These very people were tipped that we are going to increase their salary in the next financial year. We are going to solve their issues. I wonder even why they are demonstrating yet they know we are going to sort them,” she added.

Teachers’ strike comes just a day after schools reopened for the second term on Monday. Citing inflation and high costs of living, the teachers say they want their arrears immediately elevated so that they can cope up with the economy.

Government says they will fix their problems in the looming Financial Year but teachers insist that this could just be the usual empty talk.

“We have for long heard of these pledges but nothing is done. They stop at making pledges. This time round we want action,” said one teacher of Kololo SS who spoke to this newspaper under the condition of anonymity. “We will return to class when our money is increased. For now, let us concentrate on other income generating ventures,” he adds.

Students at schools say they will be compelled to leave the classrooms since there is no business being conducted.

“We will not return to class,” Alex Mukiibi a student at St. Charles Lwanga says. “We are tired of wasting our money on transport yet we are not studying,” he adds.