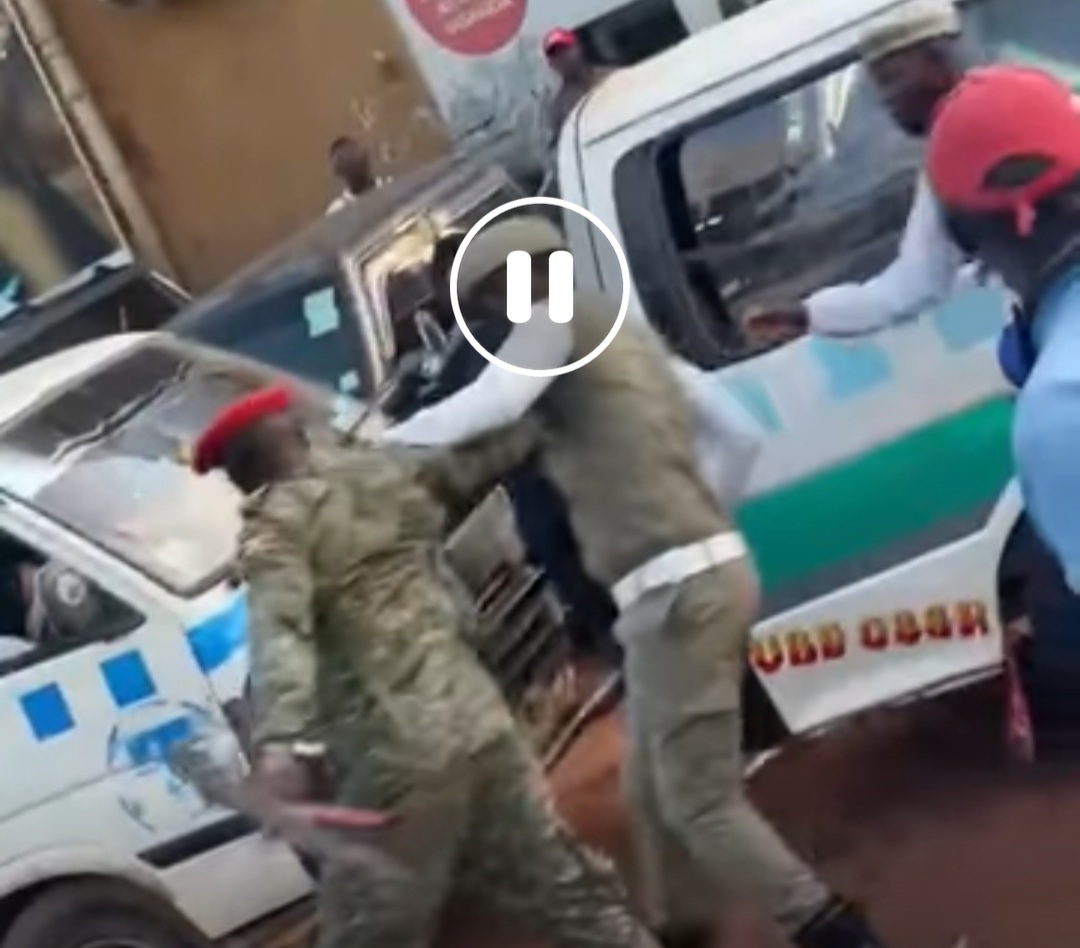 KAMPALA: A military officer was yesterday evening filmed dragging a traffic police officer by his collar following a scuffle over traffic congestion near Mukwano mall in downtown Kampala.

A police source privy to the pandemonium told media that the scuffle ensued after some military officers who were driving in a green vehicle registration number D02DF08P ordered the traffic officer to clear the way for them.

The officer, however, told them to be patient, only for one of the military officers to jump off the truck and confront him. During the scuffle, the military police officer is said to have discharged a bullet which damaged a civilian’s car registration number UAR 308L. Upon damaging the civilian’s vehicle, the unapologetic charged military officer then made for the traffic officer and dragged him towards their truck for a torture session.

Onlookers were cautioned by the charged military officers who looked out for possible civilian journalists filming the grisly scenario. A source says a civilian who attempted to film the atrocious acts had his mobile phone shattered by the unruly officers.

Approached for a comment on the matter, the Kampala Metropolitan Police spokesperson Luke Owoyesigire said they were still studying the circumstances to come up with a detailed report about the matter.

It is not the first time that military officers are acting with impunity on roads and causing bodily harm to officers on duty. In January this year, Robert Mukebezi, a traffic police officer was shot and injured by a one Bashir Mango, a UPDF officer attached to CMI. The embattled traffic cop had come to impound a UPDF vehicle involved in an accident in Ntinda, Kampala. Mukebezi had his right leg amputated while UPDF maintained that his attacker Bashir Mango was still at large. The case to-date remains an unconcluded mystery.