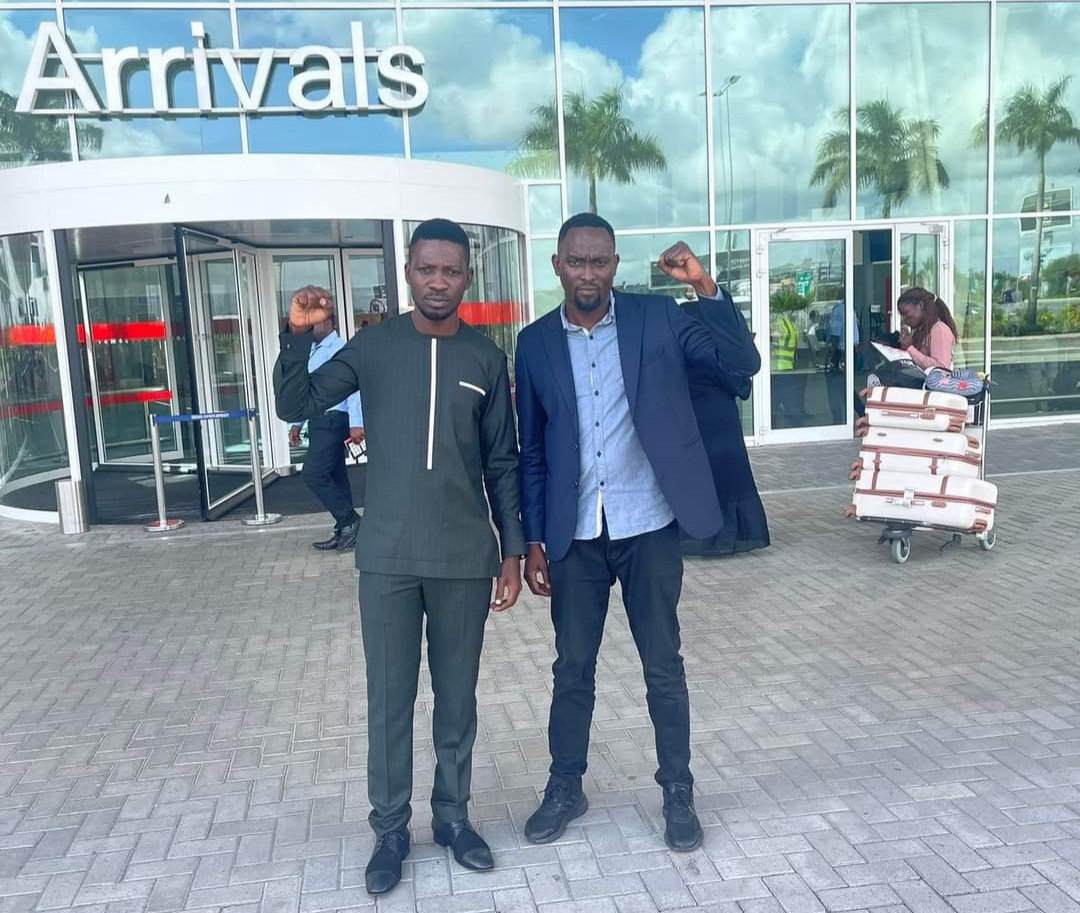 While the Tanzanian head of state H.E Samia Suluhu Hassan is on a two day state visit to Uganda on the invitation of Gen. Yoweri Kaguta Museveni, Ugandan opposition leader and former presidential candidate Kyagulanyi Ssentamu Robert aka Bobi wine has already jetted in Dar es Salaam for an official visit too.

In photos shared by the National Unity Platform party Deputy spokesperson Alex Waiswa Mufumbiro this Wednesday morning, Bobi is seen at an airport in Tanzania where he is received by a delegation of Tanzanian opposition politicians from the Chadema party.

“The President is on offficial Duty in Tanzania. He will adress the people of Tanzania as guest speaker for the Chadema delegates conference,” writes Alex Waiswa in a social media post with photos of Bobi Wine in Tanzania.

Bobi’s regional might as a key player in the political landscape cannot be underestimated. In Kenya, he is perceived to be a luminary to very many young people with political ambitions.

Wine, 40, formely a popstar rose to the political scene in 2017 when he contested in a by-election for a legislative seat. He garnered mammoth support that propelled him to the peak of Uganda’s politics. His influence and rhetoric abilities pulled him numbers of desperately change yearning people who want to see an end to Museveni’s rule.

Wine ran for the 2021 presidential seat and polled over 35% according to the Electoral Commission though he personally believes he hit over 54.1% of the total polls. His efforts to challenge the official results turned futile and he subsequently withdrew the court case citing impartiality of the judiciary.