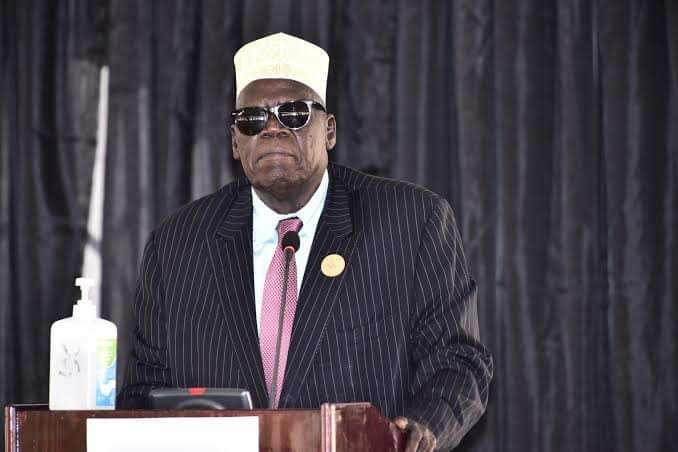 The health state of the 2nd Deputy Prime Minister Gen. Moses Ali has been in contention since a footage of him emerged showing him struggling in his seat during the voting of the speaker which ensued in Kololo independence grounds.

The 82 year old veteran Moyo East Member of Parliament made his maided return to parliament after several months of absence on sick leave. Moses Ali is struggling with old age ailments that have incessantly disturbed him since he was re-elected for a fifth term.

On Wednesday during plenary, Moses Ali who made his first return to the house was filmed slipping as he struggled to exit the August house. The session was ongoing as the Deputy Speaker Thomas Tayebwa chaired it. Gen. Moses Ali who was feeling discomfort attempted to leave and unfortunately his walking stick seemed overwhelmed and left him to slip. He was only rescued by some legislators who notices that the elderly frail MP was about to collapse.

The MP was supported out of the house to his waiting motorcade that reportedly rushed him back to his physicians.

Moses Ali is a veteran politician  who has served in the past Obote and Idi Amin governments in different ministries. During the 2021 polls, he was nominated on a wheelchair as he could not ably walk on his own. Knowledgeable sources say he did not even campaign for re-election as his health state could not enable him to. In 2026, the General if still alive shall be 86 years old. It is unclear if he shall seek re-election but chances are high that he is not yet seeking a retirement.