Barbie thrills UK based Ugandans ahead of conference 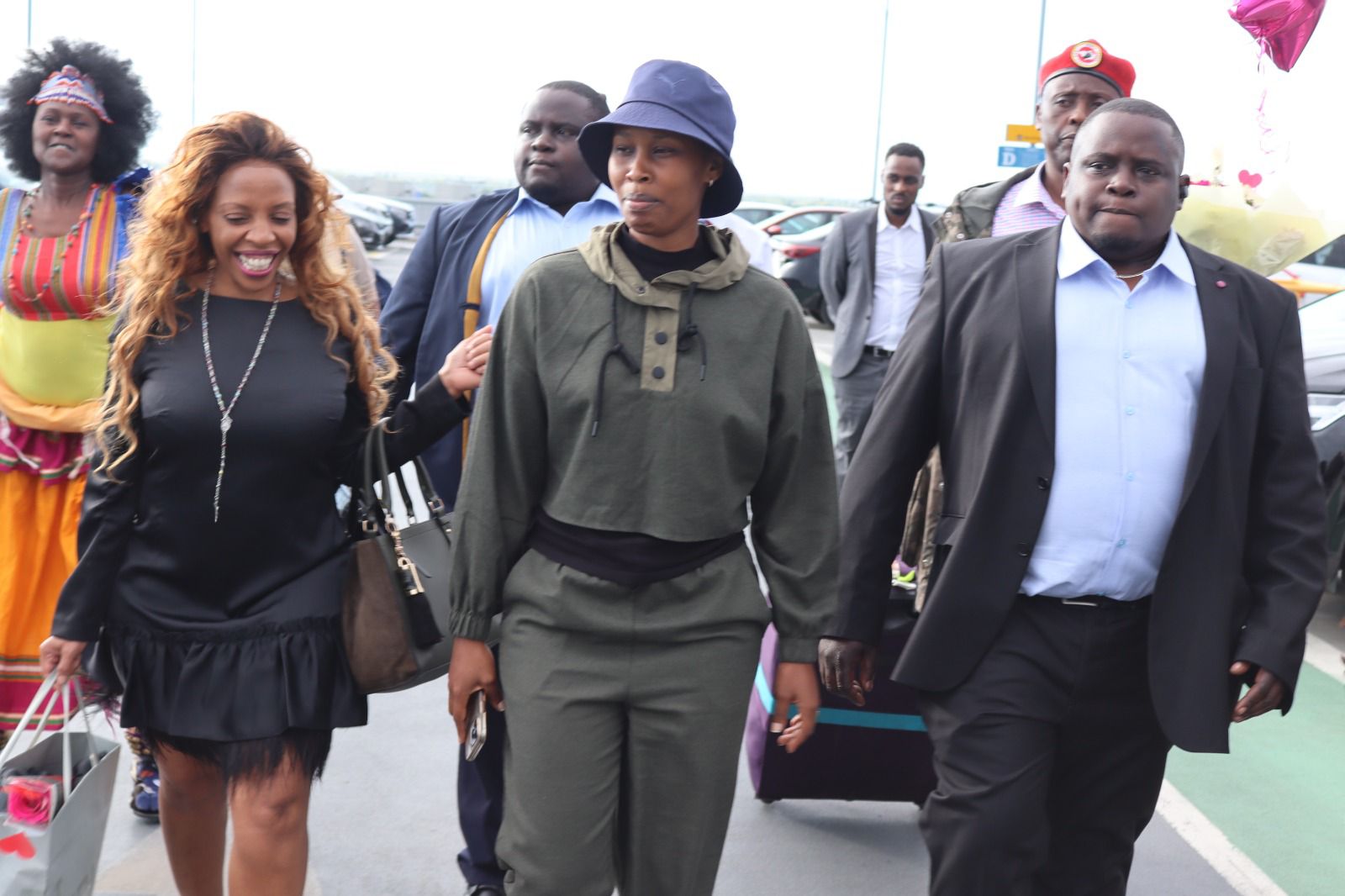 Barbie Ithungo, the wife to opposition figure Bobi Wine, and founder of the Caring Hearts Foundation, a community based organization in Uganda, on Thursday evening jetted in the United Kingdom capital, London.

The celebrated feminist and girl child rights advocate is to organize a special lecture where she shall enlighten the UK based Ugandans on the plight of the girl child back in Uganda.

Barbie has oftentimes paid a heavy price for being an outspoken advocate of girl child rights. Her CBO dubbed Caring Hearts has been targeted by the Ugandan security forces as intelligence officers affiliate it to the political party operated by her husband, Bobi Wine.

Barbie’s efforts to reach out to the rural girl child are always encountered by regime sabotage. In her most recent attempt to award certificates and offer life basics to the girls under her care, teargas and live bullets were fired even at pregnant women inside maternal wards in a local Nakaseke district health center. Police even impounded some of the mother kits and hospital patient sick beds she intended to donate.

But despite all these trials and tribulations, Barbier is a daring figure that is far from relenting from her noble cause. She has instead soldiered on and encouraged more powerful women in the country to support the girl child especially single mothers who were abandoned by preying men that took advantage of them during the lenghthy 2020 covid lockddown that kicked many girls out of school.

The afore-raised amongst other concerns are some of what Barbie shall share with the congregants in the UK on the May 14 event. Barbie was received by NUP UK based mobilizer Patricia Ssewungu and other Ugandans supportive of humanitarian face lift of the East African country grappling with a 37 year military dictatorship.