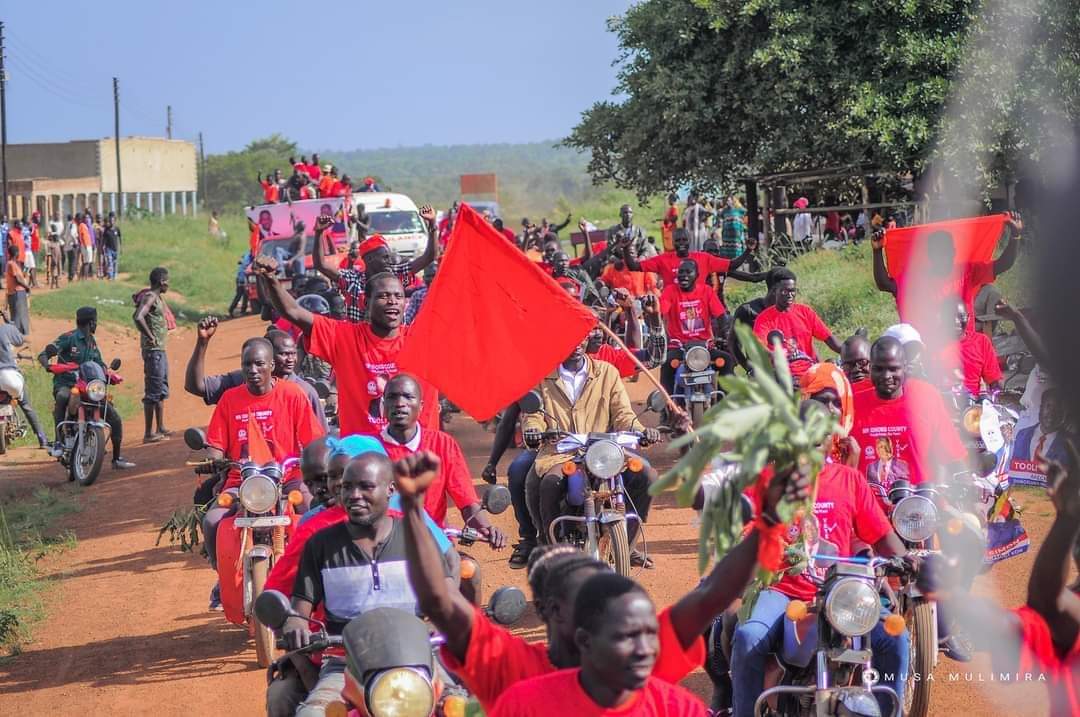 The National Unity Platform Party is dominating the looming Omoro County by-election according to a latest survey conducted by our reporters on ground.

In every 5 people randomly chosen to comment on whom they would support, at least 3 are affirmative on the candidature of Simon Tolit Akecha.

“Of course Omoro is not a family property. We are fighting monarchism at national level. You see Museveni is trying to impose his son Muhoozi on us. We want to send him a message in Omoro that we don’t support hereditary politics,” Okello, a Lalogi local brew trader says. “We sympathise with the family of the late speaker Rt. Hon. Jacob Oulanyah but we shall not support his son,” he vows.

The NUP party candidate Simon Tolit Akecha is said to be a man of the people who has a vast experience in the field of politics in Omoro. Tolit is well entrenched and has structured at the grassroot. He has a history of having won this very seat but the state apparatus deployed by the late speaker Rt. Hon. Jacob Oulanyah disabled him from taking over. Tolit, formely an FDC candidate was thrown in prison and his coordinators for the previous polls were compromised and some intimidated.

Apparently, Tolit and his supporters have decried the violent confrontation from NRM supporters at lalogi centre upon his nomination yesterday. The confrontation signifies the fact that the NRM is seeing a potential threat in the NUP candidate.

The party maintains that the charismatic  president Hon Robert Kyagulanyi aka bobi wine will be Camping in Omoro for at least 4 days to see through their victory in a tightly contested Omoro County by-election.

Will this be another precedence of NUP/people Power winning MP slot previously held by the NRM Party especially after the violent Arua By election?