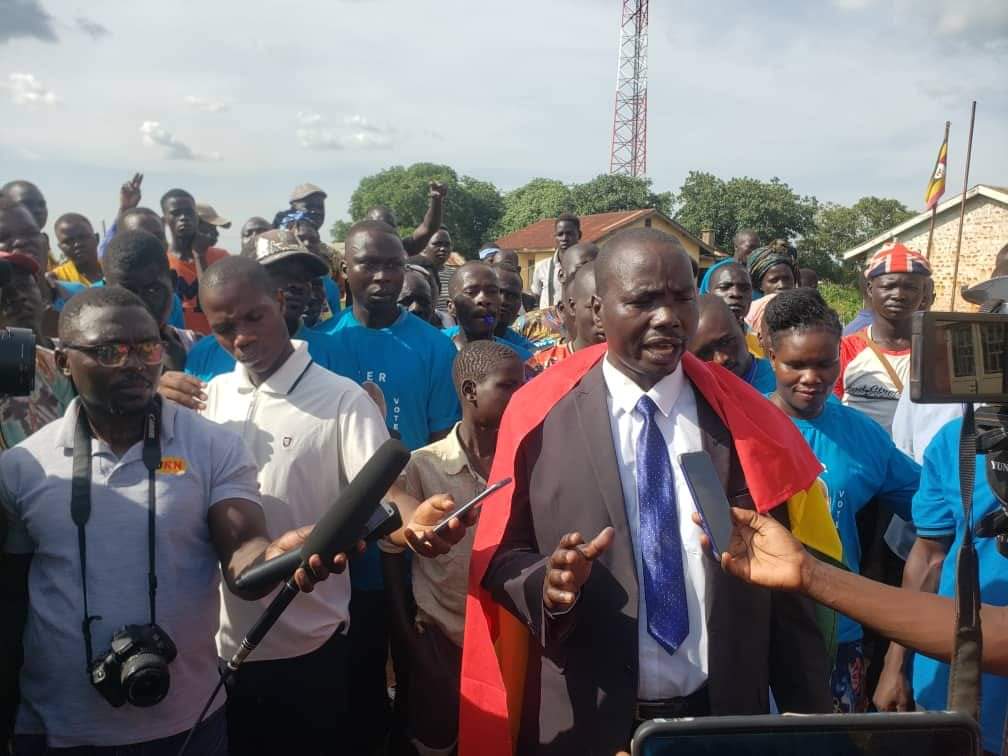 On the final day of the Omoro county by-election nomination, the opposition Forum for Democratic Change has presented an alternative to be approved by the Electoral Commission.

The FDC’s alternative candidate for the forthcoming Omoro County by-election, Mr Justine Odong has been nominated after the party’s flag bearer, Denis Dick Owani failed to show up for nomination for the 2nd day amid abduction and bribery claims.

In a Thursday tweet, the FDC party and its president Eng. Patrick Amuriat Oboi claimed their candidate Denis Dick Owani had been abducted from a local radio station by unknown gun wielding bandits suspected to be security operatives.

It later emerged that Owani had reportedly acquired a bribe from NRM bigwigs to self abduct during the 2 day nomination exercise and emerge when the entire process has closed. Sources inside FDC say the NRM party secretary general who has pitched camp in Omoro offered UGX 30m to Owani in cash and pledged to add him more UGX 20m in case. Owani allegedly succumbed to compromise and hid himself in an unknown area and rallied some of his media strategists privy to the plot to announce his ‘abduction’.