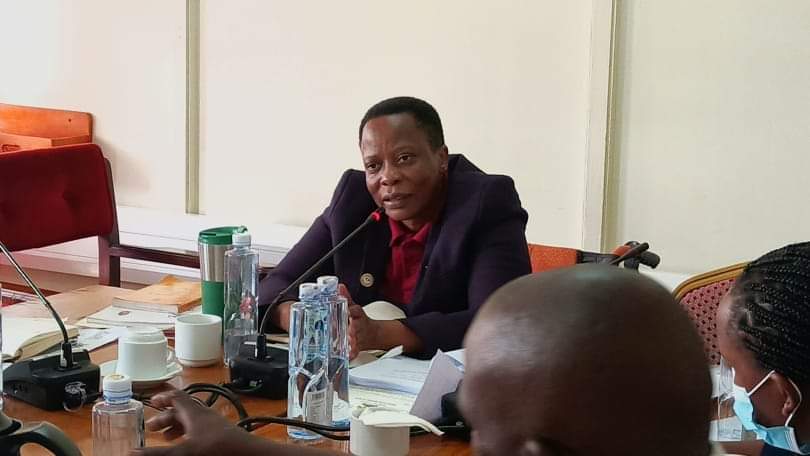 The Government Assurance Committee of the eleventh Parliament chaired by Mukono municipality lawmaker Betty Nambooze has summoned the Commander of Land Forces, Lt. Gen. Muhoozi kainerugaba on Thursday next week over the misuse of his Twitter handle and endless countrywide birthday celebrations contrary to Public Order Management Act.

Nambooze who spoke to press on Friday says it is time for the first son to be questioned whether he is in a sober state as he persistently disregards the 2005 UPDF code of conduct that prohibits serving military officers from meddling in partisan politics. The law clearly demands that such errant soldiers of Muhoozi’s calibre be subjected to court martial for breaching that particular notion. Muhoozi’s tweets depict a politically ambitious soldier who wants to take charge of Uganda effective 2026.

Similarly, former army commander also principal of the Alliance for the National Transformation party Gen. Mugisha Muntu has routinely called on the Commander in Chief Gen. Yoweri Kaguta Museveni to retire his son from the army if he wants him to be in active politics. Muntu’s advice has been met with arrogant responses from the first son.

Political pundits opine that parliament will not successfully interact with Muhoozi as anticipated by Nambooze. The pundits refer to the speaker Anita Among’s comments exonerating the first son and shielding him from any legal scrutiny arising from his political actions. The same parliament arranged a football match between UPDF and NRM MPs to celebrate the 48th birthday of the first son.

SEE ALSO: “Muhoozi can do anything as first son,”-Among

Apparently, Muhoozi and his strategists are planning a mega march in Kampala on May 14 at 2pm where they intend to ‘clean the city’. The Lord Mayor Erias Lukwago has already protested the idea saying Muhoozi’s own father, Gen. Museveni denied the city 99 garbage collection trucks that would have helped the KCCA to handle the garbage question.