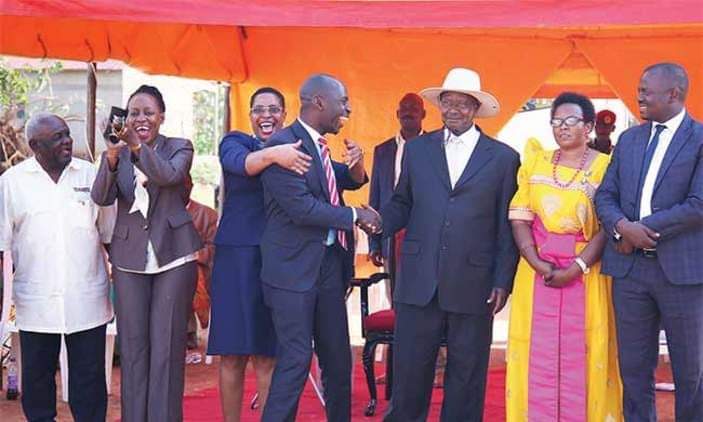 Nakaseke South MP Hon Paul Luttamaguzi has vowed of never to be under the rule of Gen Muhoozi Kainerugaba who wants to succeed his father as President of Uganda.

Luttamaguzi says Uganda is a republic not a monarchy and thus he will fight till his last breath to see that Gen Muhoozi is blocked from becoming the next president of Uganda.

According to Luttamaguzi, Ugandans have suffered enough under the reign of Gen Museveni and thus they have no appetite to again be under the son of the dictator who has refused to leave power peacefully.

Luttamaguzi has called on Ugandans to wake up and fight the regime especially Baganda whom he claims have suffered more during the Kaguta reign.

“Museveni used us baganda to achieve his selfish goals. He was in Luweero poor like a church mouse but now he has used his people to forcefully take away the land of the people who helped him to come to power. His people are grabbing square miles of land from the indigenous Ugandans.” Luttamaguzi said

Luttamaguzi adds that he rather spends the rest of his life in exile than being under the leadership of Gen Muhoozi Kainerugaba who me says is incompetent and unfit to lead this country.