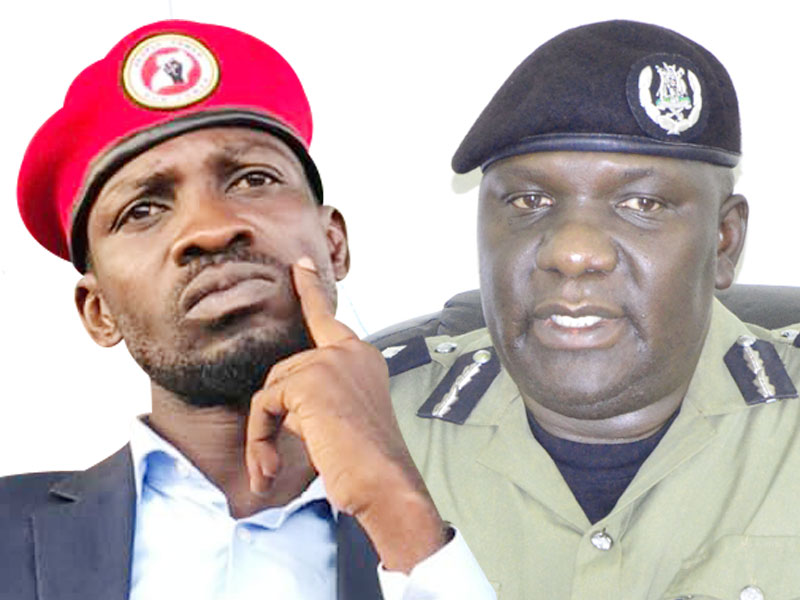 The Uganda Police Spokesperson CP Fred Enanga has explained the reason why security rushed to quel veteran opposition figure Rtd. Col. Dr. Kizza  Besigye who was to initiate a new phase of walk to work protests in wake of the soaring prices and inflation.

Addressing journalists this morning at the police headquarters in Naguru, Enanga said that protests are unlawful and a threat to national security.

“I want to warn politicians about holding unlawful assemblies and processions,” he explained. “The use of illegal processions is not encouraged as they disrupt the rights of other people in the community. It’s against this background that we blocked Dr. Kizza Besigye’s plans last week,” he added.

Enanga further warns opposition politicians and supporters to desist from any sort of disruptive behaviors that would distort the peace of the country.

He didn’t give any notice to the police, which contradicts the Public Order Management Act that was already nullified by a constitutional court verdict. It should be noted even the first son who is holding rallies and processions under the pretext of birthday celebrations is breaching the same law.

Meanwhile, the Forum for Democratic Change wants unconditional freedom of their former President, Dr. Kiiza Besigye, who was arrested as he attempted a Walk-To-Work protest over high commodity prices.

Party Secretary-General Harold Kaija insists the acts of their former President were lawful, and his prevention arrest should end.

However at the time of filing this report, police had relaxed the sanctions on Besigye  and granted his legal team to access him at his cordoned residence. Today marks the fifth day since Besigye’s Kasangati residence was sealed off by security as a preventive measure to bar him from fuelling protests in the country.