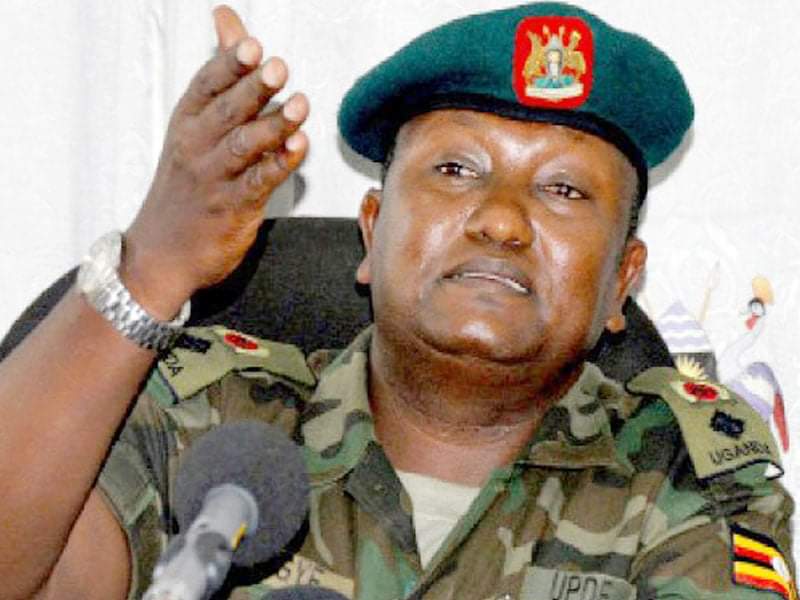 The Spokesperson of the Uganda People’s Defence Forces Brig. Gen. Felix Kulayigye has reportely urged the shot traffic police officer Robert Mukebezi to refrain from making media appearances and interviews or else he is scrapped off the army medical insurance that would see him get an artificial limb.

Kulayigye’s cautionary statement cones days after the army grapples with a public relations crisis after a public outcry over the escalating impunity of the military. The public outcry stemmed from a viral social media footage captured along Ben Kiwanuka street in downtown Kampala where a military officer identified as private Tumwiine was seen grabbing a traffic officer, Omara by the collar.

This particular footage replicated the January scenario in which a one Bashir Mango (UPDF) shot at traffic officer Robert Mukebezi (traffic police), prompting the victim to resurface in the media to narrate his take on that particular scenario. An emotional Mukebezi recounted his ordeal as he weighed in on his take on the Kisekka incident. Mukebezi explained that even himself was left to suffer on his own with the expenses. He says the UPDF which claimed responsibility for his shooting has to-date never apprehended Bashir Mango, an allegation acknowledged by Brig. Gen. Felix Kulayigye who told media that the culprit was still at large.

Sources in security say Kulayigye has since cautioned Mukebezi to stay away from the media or else he is stripped of his ‘benefits’ and welfare among other things.

Similarly, 24 year old Phionah Rukundo, is yet to attain justice as she presses the army to compensate her over her right arm that was amputated after a military vehicle veered off the road and knocked her last December on 29. Another victim known as Christine Nakasagga, 20, died on the spot in that same accident and her family was only given a cow by state house. Rukundo says she is currently overwhelmed by hospital bills that have hit UGX 4m as the UGX 5m offered by state house already got completed to daily bills that had piled.