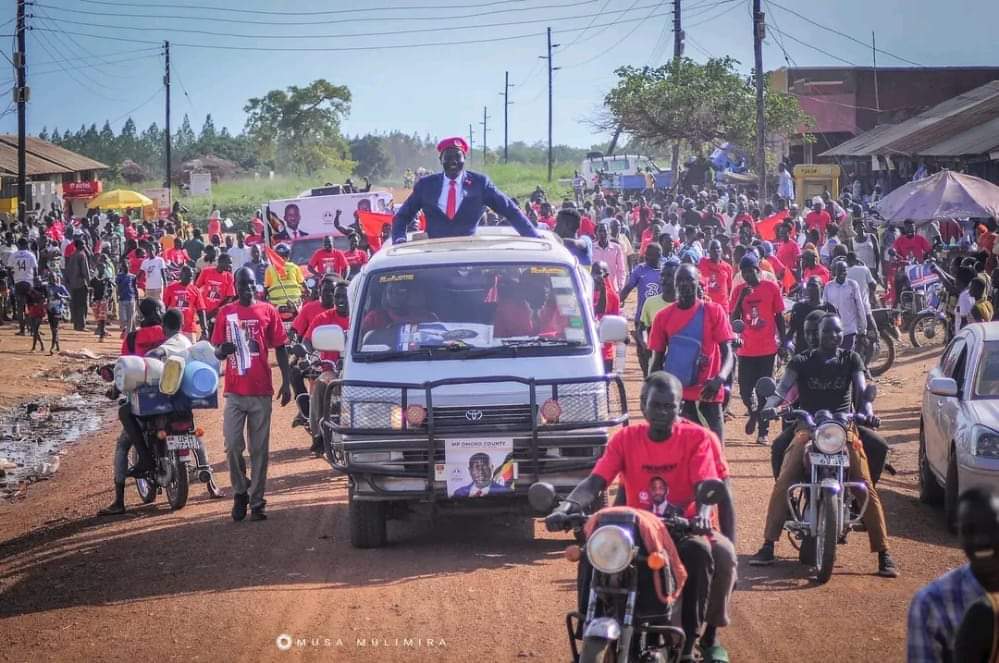 It is a troublesome trail for the son to the deceased speaker Rt. Hon Jacob Oulanyah, a one Andrew Ojok Oulanyah who is holding the NRM party ticket in the Omoro County by-election after voters massively resolved to shun him upon learning that he is not fluent in the local Acholi language.

Locals say Ojok’s largely Buganda based background is likely to affect his performance in the looming by-election. Sources inside his camp say all the major political mobilizers of his deceased father have defected from the camp citing language barrier and lack of communication between them and the candidate. They say Ojok is very fluent in Luganda and English, a factor largely attributed to his education background that was mainly in Kampala.

Most of his deserters have since joined the National Unity Platform party camp of Simon Toolit Akecha whom they say has better ambitions and aspirations for Omoro.

“I am not returning to Ojok’s camp. Although I was a mobilizer of his late father, I am denouncing his camp to switch to NUP,” Oketa, a camp member remarks. “We will not be ruled by a colonialist who can’t even speak our language. He is very weak, not eloquent and easy to manipulate,” he added.

Although the deceased Oulanyah was a Langi by descent, he was at least fluent in the local Acholi dialect, something that projected him as a regional unifier before the grassroot locals in Omoro.