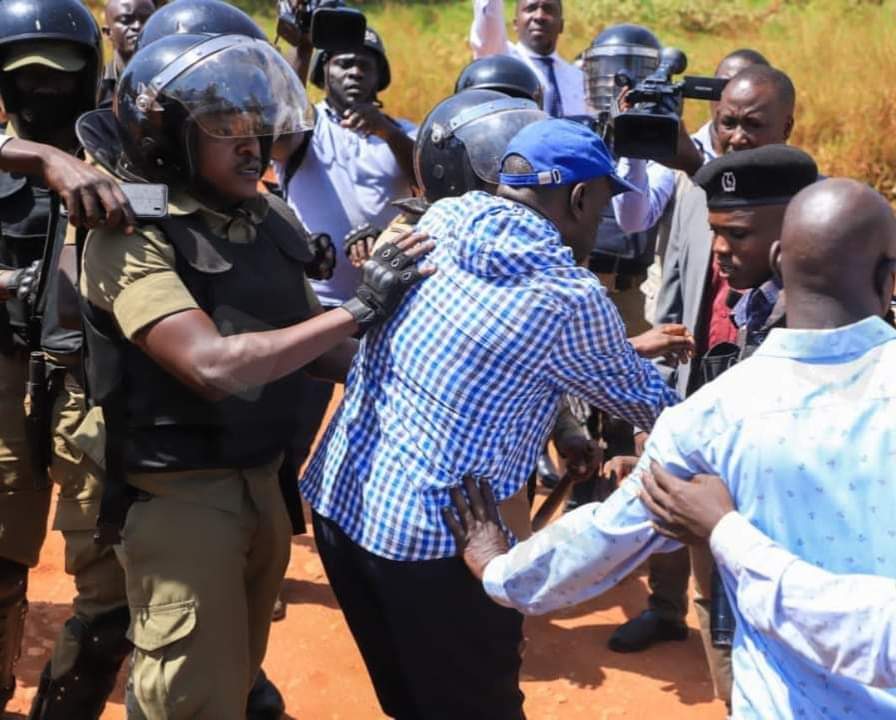 The speaker of Parliament Rt. Hon. Anita Among has called on the authorities in the police to refrain from using excessive force on non armed citizens as the country struggle to rebrand from its already stained human rights record.

Among who tuned back to her FDC default settings says she watched the video clips in which the veteran opposition doyen and former counterpart Dr. Kizza Besigye was manhandled by officers who arrested him on May 12. She says the way he was handled does not reflect professionalism on the side of police.

“I watched how Dr. Besigye was being arrested. I don’t think it was correct. It was in a brutal way,” she said, adding “Attorney General, I want you to talk to our people (security operatives,) especially if you are handling someone who isn’t armed. [Their use of excessive force] is what makes us have issues of human rights.”

She further cautioned men in uniform to behave or else await an ill fate that shall befall them when things turn around.

“Today it’s Besigye, tomorrow it may be you,” concluded the former FDC Deputy finance secretary. Among belonged to the opposition FDC and went through Besigye’s mentorship, a reason she could be empathetic towards him even though she crossed to the NRM. Among served in different capacities like the Treasury of the FDC party and the Deputy COSASE member with former Kawempe South MP Munyagwa Mubarak as her senior.