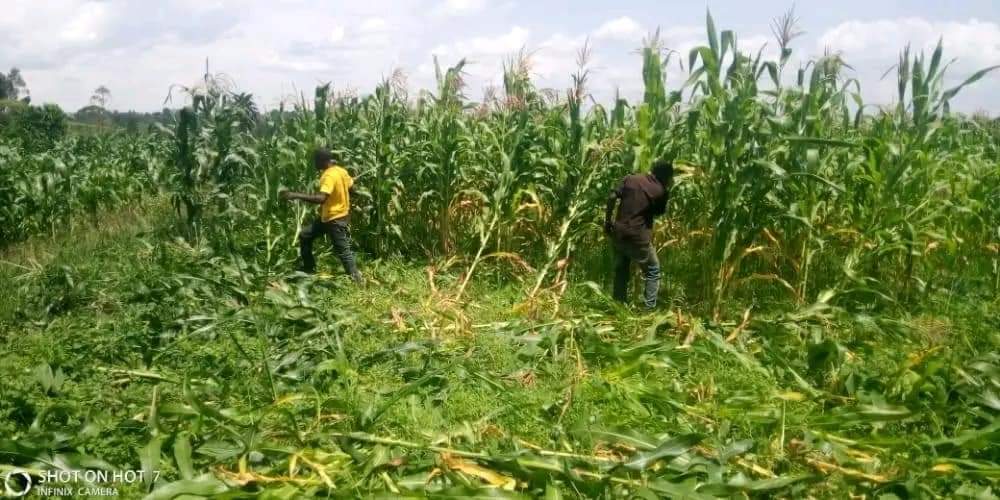 Mityana residents woke up on Monday in shock as they found men with pangas believed to be staff of the National Environmental Management Authority (NEMA) cutting down their plantations of maize and bananas.

The NEMA top chief for Mityana District Mr Yasin Bbira said that the operation was carried out after warning the wetland encroachers for a very long time to vacate the areas but were never responsive.

“We have been telling them for so many years now but they kept a deaf ear. We need to preserve the environment. Wetlands shouldn’t be encroached. ” he said

However some residents have blamed NEMA and the lands office who issued them with land titles of these pieces of land adding that before they are chased away, they need to be compensated.

Mr Yasin Bbira responded that the Uganda laws do not allow the issue of land titles in wetlands and thus there is no compensation for any one claiming.

Wetlands in Uganda have for long been encroached by people to grow crops with some foreigners also being able to secure large pieces of land in wetlands. Part of Lweela wetland was given to Chinese investors to grow rice.