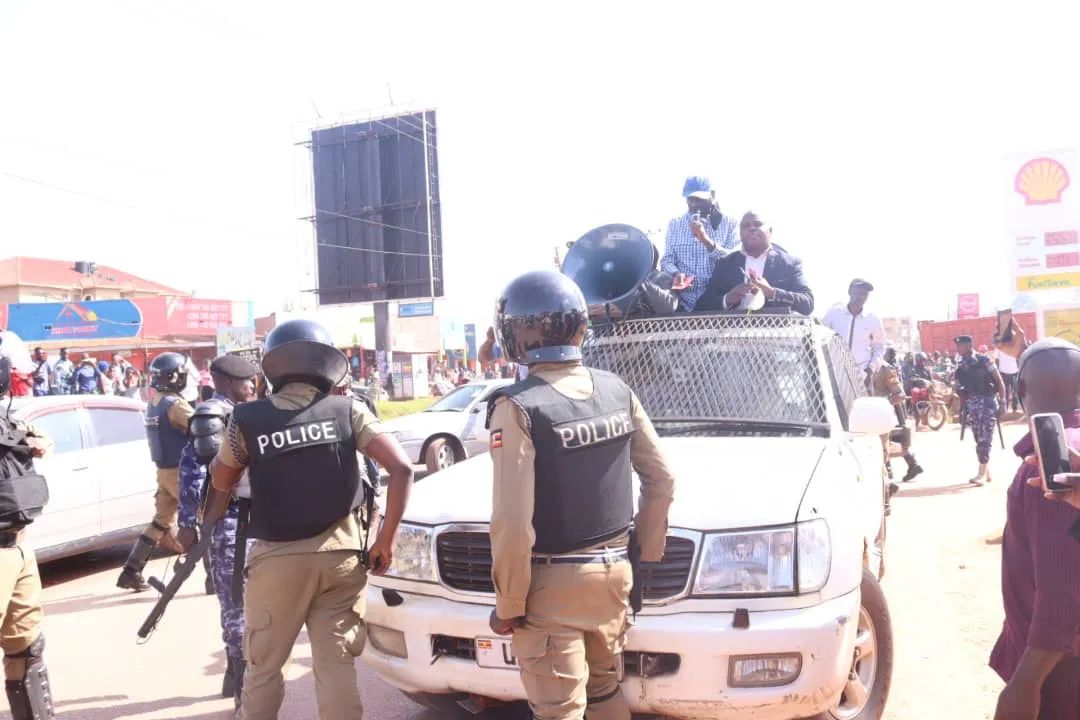 A day after police withdrew from his residence in Kasangati, Wakiso district, veteran opposition figure Rtd. Col. Dr. Kizza Besigye resurfaced with his protests this morning prompting security to restrain him from advancing to the city centre.

SEE ALSO: Back to FDC: Among condemns Besigye arrest

Traffic was paralyzed for minutes as cheering crowds were exhibiting support for Dr. Besigye who tried to force his way to the heart of the capital, Kampala. Besigye who leads the People’s Front for Transition was accompanied by former Rubaga South MP contender, Samuel Walter Lubega Mukaaku with whom they were camped on the vehicle.

Besigye’s caged vehicle was armed with megaphones that he used to preach his ‘awakening’ message to the masses as he attempted to rally them into rising against the rising prices of essential commodities and the unbearable cost of living.

Police was compelled to use teargas to disperse some of tbe charged members of the public who tried to set tyres ablaze in the town centre of Kasangati.

Meanwhile, President Museveni according to his press secretary Lindah Nabusayi, shall address the public on Sunday May 22 where he shall give government position on the costs of living.