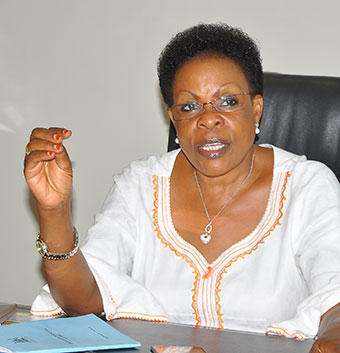 Reports indicate that the IGG Betty Kamya has been rushed to hospital after she suffered a “sudden excruciating pain in her heart.”

She had earlier been summoned to appear before COSASE on issues surrounding the wrangles at the Land Commission, where she once served as Minister for Lands.

This communication was made by COSASE Chairperson Joel Ssenyonyi after he received a message from the IGG’s daughter.