Bobi scoffs at NUP leaders who ‘betrayed’ the struggle 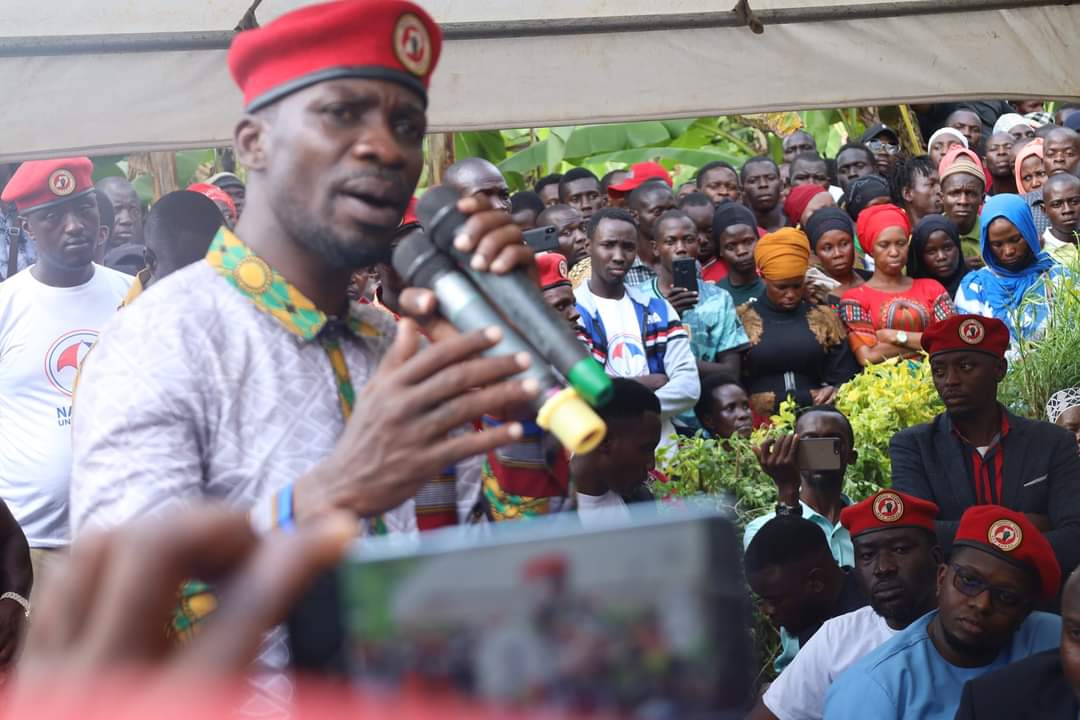 Addressing mourners at the burial of fallen NUP councillor for Kazo Angola Kawempe, Hon. Kiggundu Yakubu Yusuf in Bombo this afternoon, Bobi reminded the elected leaders to strictly adhere to the expectations of their voters.

“Our role was to awaken the people. If we are guilty of anything then we are guilty for awakening Ugandans. They are awake and aren’t blind to the unfolding events,” Bobi said amidst loud cheers and chants from the charged mourners who were booing Kawempe South MP Kazibwe Bashir Mbaziira. Mourners accused the Kawempe South MP with being a ‘traitor’ and some could even be heard interrupting Bobi’s speech with heckles and rants at the embattled Kazibwe Bashir.

“Don’t be used by Museveni to betray your people. These people will rise soon and do the needful. When we joined this revolution, we were alive to the fact that people are angry…Can’t we rise and we totally overthrow these people?,” Bobi added.

He also urged Ugandans to refrain from being overshadowed by their fear.

“Don’t leave it to Kyagulanyi. The struggle is for everyone. All of us are potential Bobi Wines. We can’t change anything, unless we remove Museveni. These people are plunderers and looters who came to totally rob our country. There’s no dictator who has ever defeated a united people. The oppressed always win. It is you to decide that enough is enough. Deal away with your fears. Let’s unite as one and overthrow dictator Museveni. Those who can join us, should join us,” Bobi concluded.

The fallen Yakubu Yusuf is one of the 2 people who perished in yesterday’s accident as Bobi’s entourage was enroute Omoro for the campaigns. The other occupants of the vehicle are being managed at different hospitals. Our reporter has learnt that the injured BBS journalist Amon Kitamirike and NUP supporter Sharon have been today transferred to Mengo hospital.