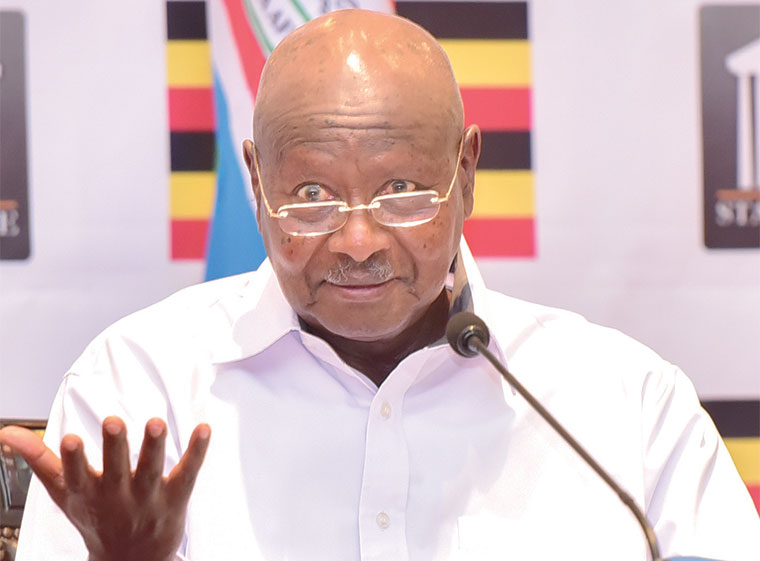 In his address last night, president Museveni faulted the opposition National Unity Platform for misleading members of the oublic into undermining government precautionary measures to minimize the spread of COVID-19.

Museveni was giving his take on the apparent economic situation that has made life difficult for low income earners. Museveni says the COVID-19 pandemic largely struck all major world economies and minimized production of goods. He says there was high demand for commodities yet the production and supply was very low leading to an imbalance. He however faulted the ‘big headed’ opposition whom he says prolonged the lock down by antagonizing government efforts to fight Covid. He says many politicians in the opposition misled Ugandans by insinuating that there was no covid in the country.

On the production if commodities, he rejected the idea of improvising incentives as a measure of mitigating prices.

“With the internally produced commodities, I was tempted to look at removing taxes. However, the tax loss would cripple our budget and the planned developments. It is the continued development of the economy that will get us to the stability of a more integrated economy,” he said.

He added, “This one will be solved with existing knowledge but rightly applied. The high commodities prices are from the following factors: The end of covid-19pandemic, meant that sectors of the economy that had been closed, such as hotels, suddenly opened when the production of, for instance, palm oil for soap manufacture had also declined because there had been no demand for two years. The resumed productionlevels cannot yet match the demand,” He proceeded, “I also hear,that some of the producers decided to turn their palm oil into petrol, just like we were about to turn our surplus sugar into petrol as a way of solving the problem of kyengera (surplus).3.The war in Ukraine and Western sanctions on Russia, havealso caused shortages of wheat for the bread-eaters that do not include me because I am a muhogo-karo-banana eater and milk drinker.”