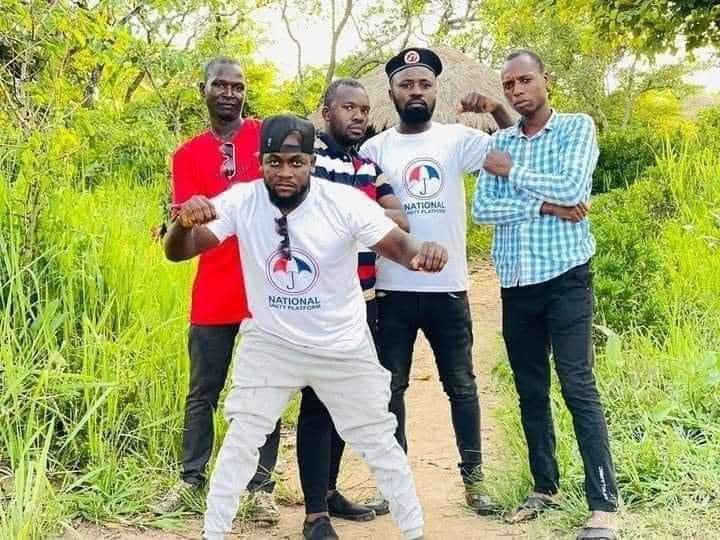 The Omoro Resident District Commissioner Andrew Onyuk says the reason for which National Unity Platform party coordinators were arrested by security is that they were allegedly involved in voter bribery and manipulation.

Onyuk says his team captured NUP mobilizers red handedly giving out t-shirts and money in a bid to manipulate Omoro voters and lure them into backing Simon Tolit Akecha.

“These people are bribing our voters. I cannot accept that,” the RDC said. “They will be charged in the courts of law soon. We are keeping them at Lalogi police station,” he added.

NUP spokesperson Joel Ssenyonyi has castigated the Electoral Commission for being silent as NUP technical team members are being tortured and detained by security.

“We don’t know the whereabouts of our colleagues. Even police says they are unaware and the matter is being handled by the military,” says Ssenyonyi. “The EC is just looking on as our agents are being harassed.” He added.

Paul Bukenya the EC mouthpiece says they have not got any formal complaints from NUP and therefore he is not aware of anything.

“We have not got any complaints from NUP. We have accredited agents whom we authorized to participate in those campaigns. I’ve not heard any of those being arrested,” he reacted.

Meanwhile, deployment has been beefed up ahead of the arrival of NRM party chairperson Gen. Yoweri Kaguta Museveni who is expected to be in Omoro today as the open air campaigns come to an end.