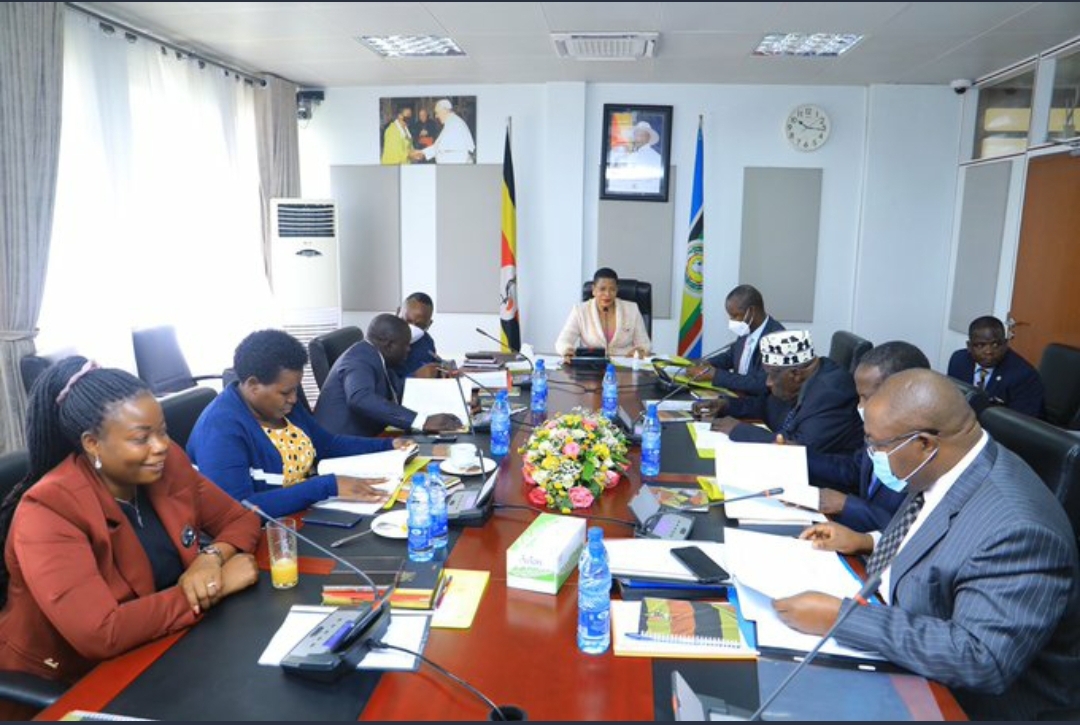 The speaker of Parliament Rt. Hon. Anita Among this morning met members of the Parliamentary Commission, a top administrative organ of the legislature on which she sits as a top member.

SEE ALSO: EXCLUSIVE: Ssemujju opens up on why he met Among

The meeting which ensued at the speaker’s chambers was flanked by all the Commissioners from the ruling NRM party save for the opposition whose representative Zaake Francis Butebi of Mityana municipality is still in the high court awaiting a verdict regarding his censure from the commission.

During the meeting, the speaker Among rallied the members of the commission to agree with a salary increment for MPs stressing that the lawmakers are overburdened by the soaring commodity prices and inflation levels that have already hit a record 6.3% as per the Ubos findings, the fastest since March 2017.

Among stresses that the MPs are constrained by their own needs and have since failed to balance between their Parliamentary duties and the constituencies. She says many NRM and FDC MPs have personally approached her decrying the hefty commodity prices.

“You do not know how many phone calls I receive from honorable members seeking financial assistance. Some of them even come to my office pleading for financial relief and loans,” Among told the commissioners during the meeting. “I want to notify the president and see if the salary of MPs can be increased by at least 30% in this financial year,” she added.

MPs apparently earn between UGX 25m-30m and an increment by 30% as proposed by the speaker Anita Among would see them exceed UGX 40m. Hon. Solomon Silwany, a member of the commission appreciated the concern raised by the speaker stating that he is in total support of the idea.