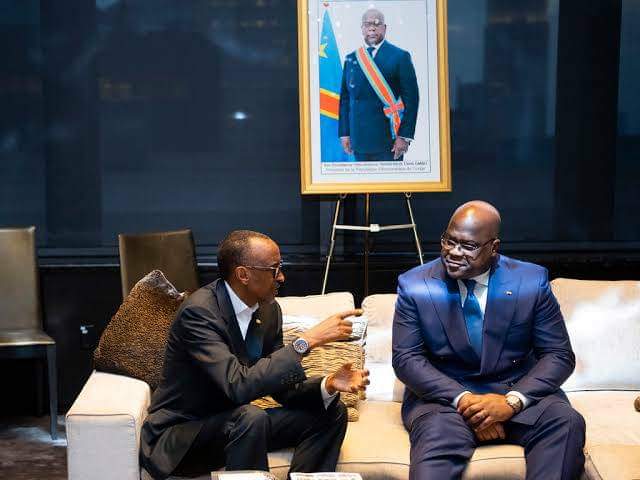 A diplomatic feud has escalated as both sides trade accusations of aiding armed militias. Relations between the two countries have been strained since the mass arrival in the eastern DRC of Rwandan Hutus accused of slaughtering Tutsis during the 1994 Rwanda Genocide against the Tutsi.

Kinshasa has regularly accused Rwanda of carrying out incursions into its territory, and of backing armed groups there. Kigali has denied involvement.

Rwanda will retaliate against any further attacks launched from the Democratic Republic of Congo, the East African nation’s foreign minister warned Tuesday, as tensions between the two neighbours soar.

A diplomatic feud between Kigali and Kinshasa has escalated in recent days as both sides trade accusations of aiding armed militias in the volatile eastern DRC region which borders Rwanda.

Rwanda last week accused the Congolese armed forces of firing rockets into its territory, and said two of its soldiers had been kidnapped on patrol by the Democratic Forces for the Liberation of Rwanda (FDLR), a rebel group active in eastern DRC.

The Congolese army in turn said Sunday that the two soldiers had trespassed on its soil and had been taken into custody.

At a press conference in Kigali on Tuesday, Foreign Minister Vincent Biruta warned: “If the attacks continue, Rwanda will have a right to respond and we have the capacity to respond.”

“We do not want war, we want peace,” he said, but added: “As the government we have a duty to protect the lives of Rwandans.” He said