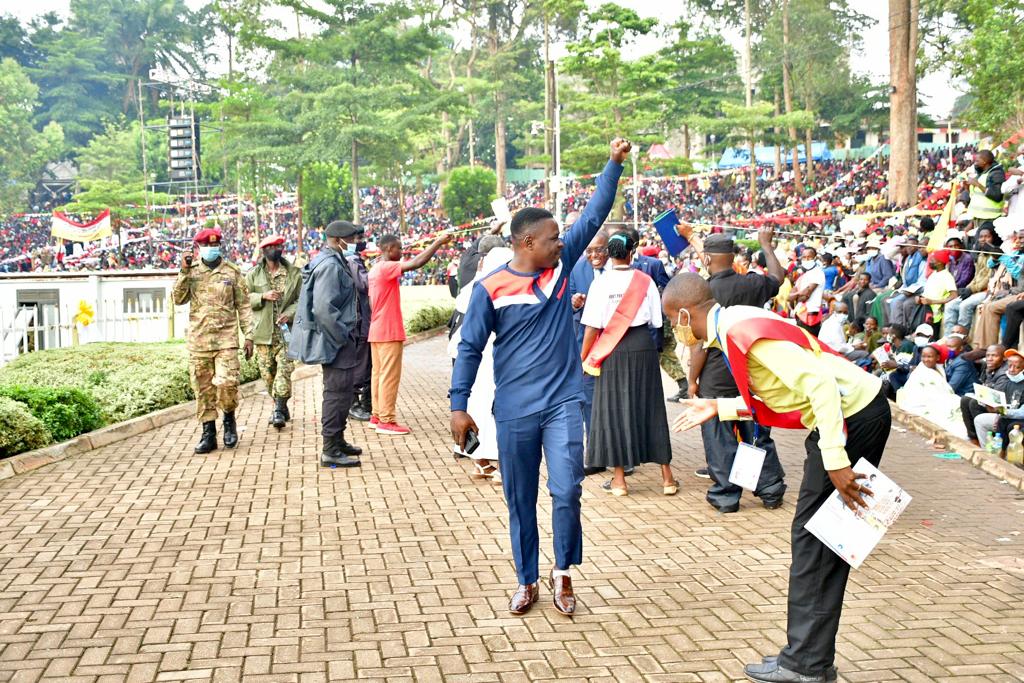 Security was earlier tightened at the Catholic side of Namugongo shrine after a huge section of pilgrims chanted ‘People Power, our Power’ on sight of National Unity Platform party leaders like Hon. Zaake Francis Butebi of Mityana municipality and the Leader of Opposition Mathias Mpuuga.

Zaake was the first to arrive at about 11am with the Parliamentary entourage and moments later, the Leader of Opposition too arrived amidst tight security.

Zaake’s arrival was greeted with a triumphant welcome as pilgrims shouted his name at their peak with some overheard asking him ‘not to give up on the struggle’.

“Well done Zaake. You are all we have. Thanks for fighting for us. Bobi Wine oyeee,” shouted one pilgrim. “We are proud of NUP. It is our only hope,” shouted another pilgrim.

All this ensued as police looked on. Not much could be done to make any arrests as this would have culminated to a stampede given the hordes of people at the shrine estimated to hit one million congregants.

For the past couple of years, Namugongo shrine has been silent courtesy of the COVID-19 pandemic that struck the world and stagnated most economies. This year’s Martyrs day celebrations is the first to be physically celebrated. 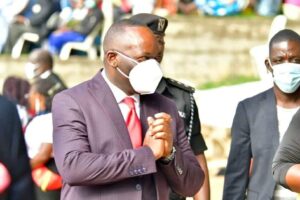