“Dictators ride to and fro upon tigers which they dare not dismount. And the tigers are getting hungry” Winston Churchill 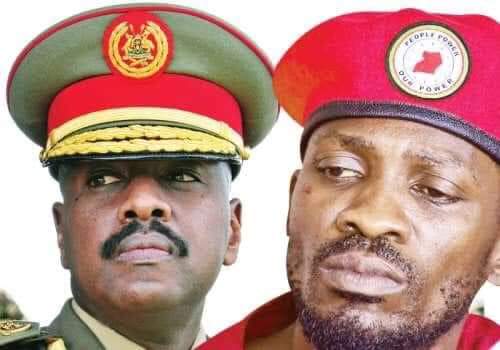 As of 2019, nearly 35% of the world’s population lives under an autocratic or semi-autocratic regime. Dictatorships are classified as authoritative, totalitarian, or a combination of the two. All dictatorships are autocratic in nature, but they differ in their characteristics. North Korea, for example, is a totalitarian dictatorship with a single political party, state control over the media and military, a centralised economy, and a secret military/police structure. Totalitarianism aspires to modify human nature. Its rhetoric emphasises sovereignty, independence, and nationalism. Most importantly, totalitarian dictatorships maintain their power by instilling fear in their citizens.

Political parties, on the other hand, are permitted to exist in authoritarian regimes as a sign of political tolerance. Furthermore, some public organisations are allowed to retain some political clout, giving the impression that the regimes do not have complete control over the population. Violence and propaganda are also less common than they are under totalitarian regimes. As such, Uganda appears to be a hybrid of the two types of dictatorships, and as one might expect, indifference, disillusionment, dissent, rebellion, insurgency, and revolution cannot be ruled out.

Following NUP’s party president Robert Kyagulanyi’s, state speech, his most ardent critics have come out to condemn his approach to the country’s current political and economic situation. A few political activists have suggested that he replace Kyagulanyi with Bobi because, in their opinion, Bobi, not Kyagulanyi, is the rebel that the country needs to liberate itself from the NRM dictatorship. There are numerous arguments that can be used to refute this line of reasoning, such as the expectation that one man can possibly save the country from a dictatorship that has deeply embedded itself in the country’s political, social, and economic system. Nobody should put this burden of responsibility on another person.

For Ugandans ready to end the NRM dictatorship, historical responses to dictatorships must be examined in order to guide our actions and perhaps shed some light on why Robert Kyagulanyi is not so far from the goose that laid the golden egg. First and foremost, all Ugandans must recognise that the end of a dictatorship does not imply the birth of democracy. Assassinations, revolutions, civil wars, and coups de tats against dictatorships, for example, frequently result in the establishment of a new personality, single-party, or military-controlled regime. In dictatorships, assassination can be carried out by a variety of groups or individuals in a variety of positions in society, ranging from disgruntled members of either the ruling or opposition party, to government officials. Dictators have been assassinated for a variety of reasons, including intraparty or power struggles between ruling elites and opposition parties. Sometimes, foreign powers decide that keeping a dictatorship in power is not in their national or foreign policy interests. This makes assassination a more likely option.

When the majority of a society revolts against its dictatorial government, it is called a revolution. A political revolution occurs when a state or political regime is overthrown and a new one is established through the use of irregular, extraconstitutional, and/or violent means by a popular movement. Various factors can spark a revolution, including economic hardship, political oppression, public distrust of government officials, and ideological disagreements. As a result, the transition from autocracy to democracy can be difficult to achieve through violent revolutions.

On the other hand, according to Goldstone and Goodwin’s empirical study on 323 violent and non violent campaigns, nonviolent civil resistance campaigns have become increasingly successful in recent decades . However, a major campaign for change is more likely to be successful if there is a higher level of participation. A nonviolence approach is preferable to many because it is a genuine and legitimate fight against evil rather than retaliation, which by its nature only increases evil. It was Martin Luther King, Jr.’s belief that nonviolence was the only morally and practically sound strategy for those who were oppressed. Engaging in nonviolent activities encourages others to do the same and participation increases the chances of a change campaign succeeding. The right balance of loyalty and oppression is essential in a dictatorship, and because of this, our first strategy should be to deal with the elephant in the room that denies the unification of the entire opposition without which change simply will not happen.