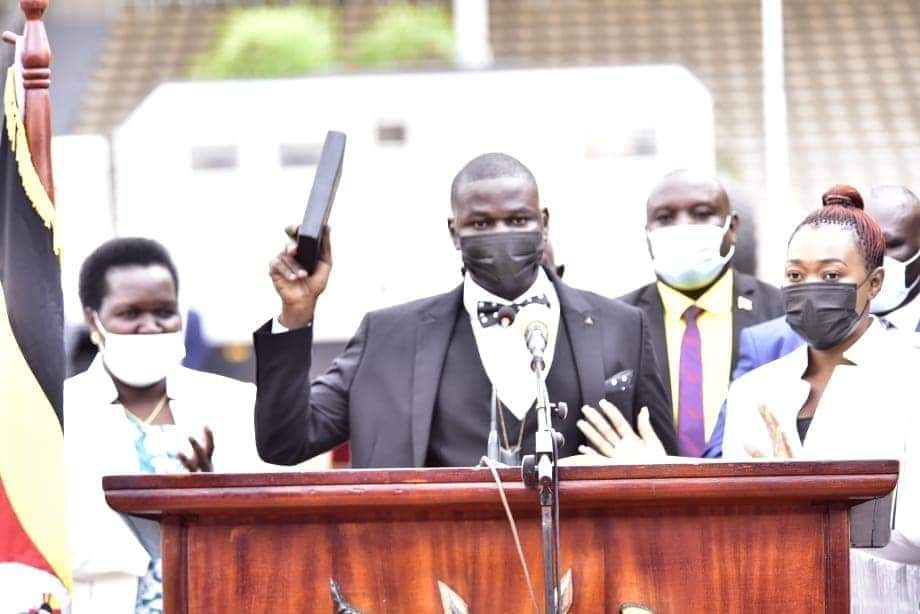 Andrew Ojok Oulanyah on Tuesday took oath as the duly elected Member of Parliament for Omoro County, a seat he occupied via a by-election held in May, following the untimely demise of his father, Jacob Oulanyah.

Ojok was flanked by his wife, and his elderly 92 year old grandfather Nathan L’okori who accompanied him to the podium to take his vows.

Ojok was declared victor by the Electoral Commission which claimed he garnered 14,224 votes while his closest contender, Mr Simon Toolit Akecha of the National Unity Platform (NUP) got 1,633 votes.

He took oath, Tuesday, as the head of state Gen. Yoweri Kaguta Museveni Tibuhaburwa prepared to give his state of the nation address.

Ojok was sworn in by the speaker of Parliament Rt. Hon. Anita Among who rallied him to advance the legacy of his fallen father.

Among called on Ojok to be a man of integrity to befit the image of his father who perished in Seattle in March this year.

“Don’t disappoint your later father, the Rt. Hon. Jacob Oulanyah. He was a statesman,” she said moments after swearing Ojok as MP. “Work for the people of Omoro and also love your country,” she added.