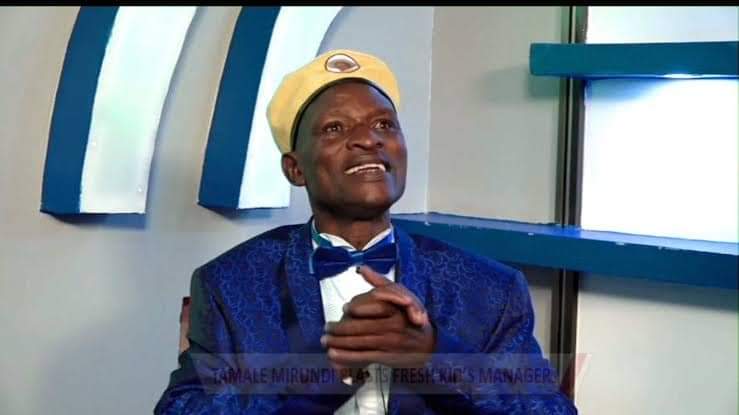 Former senior presidential press secretary Joseph Tamale Mirundi has rubbished the newly awarded heroes day medal that was accorded to the Uganda Police Spokesperson CP Fred Enanga. The police publicist was amongst the 81 people shortlisted for the award.

Speaking before the Pearl FM radio airwaves this morning, Mirundi said Enanga did not deserve to be awarded anything like a medal since speaking on behalf of the police is a job is paid for. He says the medal to Enanga is an insult to majority of public servants who have tirelessly served the NRM regime.

“I cannot entertain such rubbish. What Enanga is having is just a metal, not a medal. It is nonsensical to reward him for the obvious things he is paid to do,” Mirundi said. “The function was even just ceremonial. That’s why you did not see Museveni attending such rubbish. Enanga is foolish to think he is a hero. If you shortlist me for such nonsense and come to my compound I cannot allow you to leave alive. I shoot you in the head,” he added.

Mirundi further suggests that such medals should not be rewarded to anyone in next year’s heroes day celebrations if people like Enanga are being shortlisted.