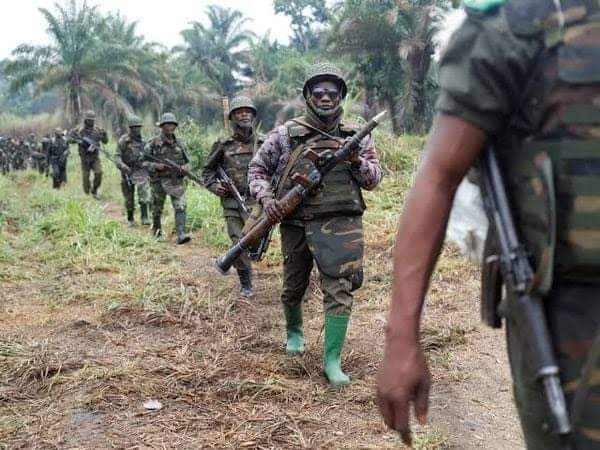 The DRC accuses Rwanda of supporting the rebels, and after the capture of the border post, there were online reports that Ugandan soldiers also aided the rebels. Army officials in Kampala have dismissed those claims.

Bunagana border, which connects Uganda’s Kisoro district in the south-west part of the country to the DRC’s Rushuru, North Kivu Province, is located 70km north-east of Goma.

Fighting between M23 rebels and Forces Armées de la République Démocratique du Congo (FARDC) soldiers intensified on Sunday 12 June and throughout the night. The rebels, who resumed fighting in May, emerged victorious. They briefly captured the same border post in 2013.

According to Brig. Felix Kulaigye the UPDF spokesperson, atleast 150 Congolese soldiers crossed to Uganda and surrendered to the UPDF. He says that these soldiers are in safe custody and will be allowed to go back home only after the situation comes back to normal.

Kulaigye also assured Ugandan residents near Bunagana border that they are safe with no rebel going to cross the border to destabilize the peace of Uganda. The area RDC ordered for the closure of all bars and leisure hotshots that would be vulnerable to terror and rebel attacks.