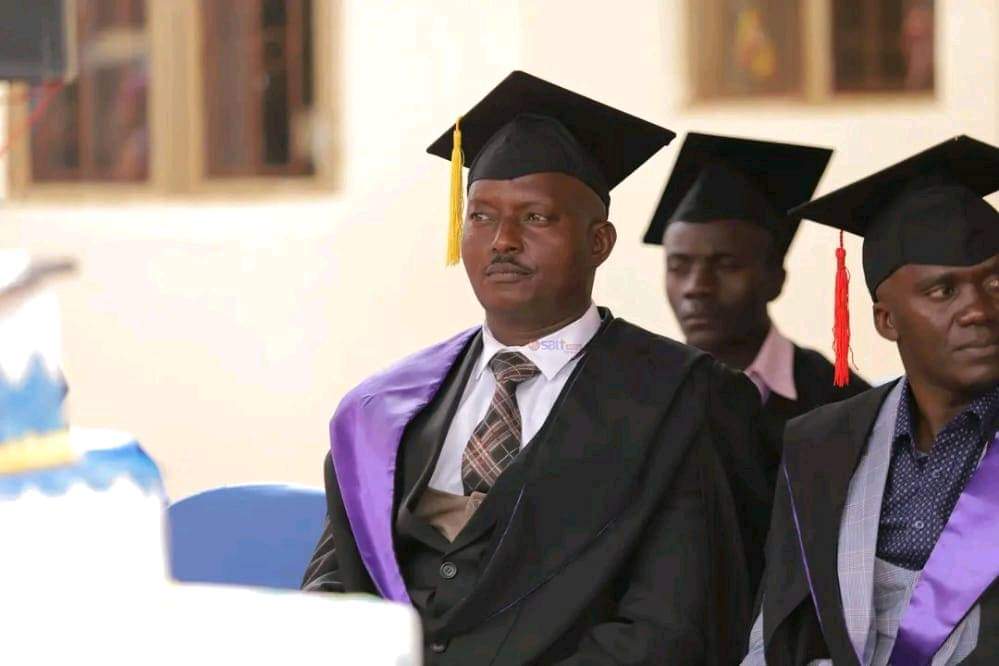 The house of prayer ministries proprietor also renowned city pastor, Aloysious Bujingo has taken a swipe at supporters of the opposition National Unity Platform party, accusing them with masterminding all the online propaganda and trolls aimed at weakening his resolve, and antagonizing his works.

SEE ALSO: Bujingo in tears as degree is revoked by NHCE, curses NUP

Addressing a congregation at his Makerere Kikoni based Canaan land church, in a prayer arranged for graduates, Bujingo commendes his parents for raising him to be a responsible person in the community.

“I dedicate my degree to my parents because they are my everything,” Bujingo said. “They have been supportive and have never relented from pushing me to where I am today,” he added, amidst controversies from the National Council of Higher Education that recalled his, and several Kayiwa International University graduates’ degrees.

Bujingo also used the moment to lash out at the media CEOs citing NBS chief Kin Kariisa, whom he says is conniving with NUP trolls to spearhead a malicious propaganda campaign to weaken him.

“When I meet my fellow Munyarwanda (Rwandese) Kin Kariisa, I will boldly ask him why he enjoys launching attacks on me. I have never done anything to him but his media house loves to maliciously attack me,” Bujingo said. “He is the chairman of the National Association of Broadcasters (NAB) where my TV (Salt Media) pays annual subscription. He takes my money but he likes attacking me. I want to ask him why he enjoys it when I’m depressed,” Bujingo cursed.

He also added that the reason for which NUP supporters hate him is that he is a man who speaks reality to awaken youths. “When I ask these young people to leave politics and go to work, some NUP people were angry at me. That’s why you see them making my degree an issue like you saw them with my marriage,” he said. “But Bujingo is a man of steel. You fight me, you end up giving up. I was anointed by God to preach to his flock. You have seen how some people (Mabirizi) have ended up when they tried to sabotage God’s work,” he added.