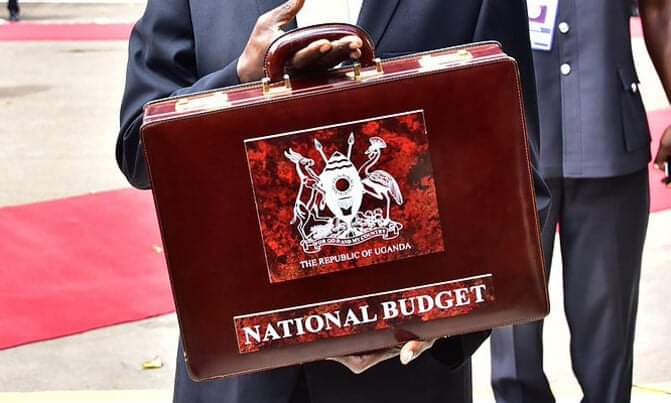 The Minister of Finance, Planning, and Economic Development Hon Matia Kasaija on Tuesday presented the Shs 48.13 trillion 2022/23 National budget with Transport, Security, PDM, and Education among the sectors with the biggest shares.

In the function held at Kololo ceremonial grounds in Kampala, this year’s National budget ran under the theme; ” Full Monetisation of Uganda’s Economy through Commercial Agriculture, Industrialisation, Expanding and Broadening Services, Digital Transformation and Market Access.”

According to the Minister, this theme summarises the National Budget Strategy and the priorities and is in line with that of the East African Community (EAC) which is “accelerating economic recovery and enhancing productive sectors for improved livelihood”
In an insight view of the budget, Uganda’s GDP per capita increased to USD 1,046 (Shs3.7 million) per person per year, while the size of the economy expanded to Shs162.1 trillion (USD 45.7 billion).

But during Kasaija’s speech, he never confirmed the middle income status recently approved by Museveni in his state of the nation address. This prompted Museveni to question why the Finance Minister had left out that vital aspect

Shs79.4 billion for the office of the IGG

Shs904.1 billion development and commercialisation of minerals, oil and gas