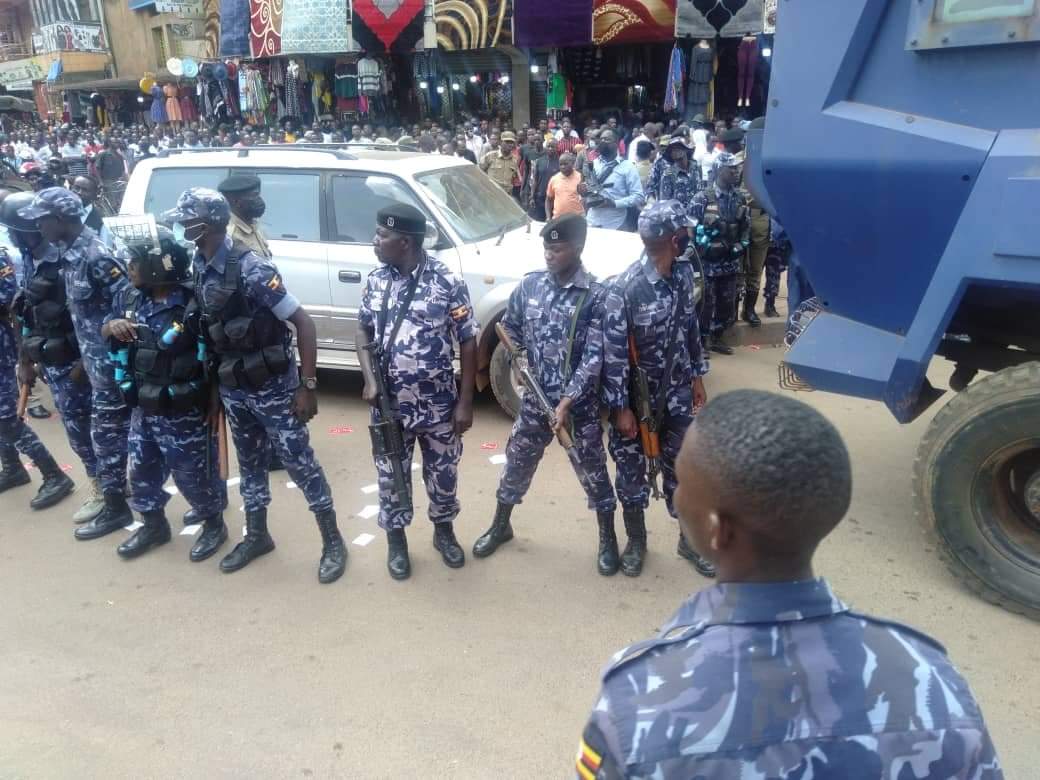 It’s been another flop for the veteran opposition figure Rtd. Col. Dr. Kizza Besigye who made another attempt to fuel protests in downtown Kampala, demanding a government intervention into the economic meltdown. Besigye, showed up in the central business district of Kampala, accompanied by ex Rubaga South MP aspirant Samuel Walter Lubega Mukaaku, in a prado TX vehicle model.

His known vehicle was impounded last month as he stormed the streets in his renewed walk to work drive. The FDC luminary was eventually arrested and charged with incitement  before the Buganda Road Court where magistrate Siena Owomugisha levied a UGX 30m cash bail fee that would later be overturned by high court judge Michael Elubu.

Besigye was today cheered by onlookers as majority in the business community went about their errands. It took police close to an hour to arrive and whisk him off to CPS where he is apparently being detained pending the next course of action.

Many political pundits and analysts have been calling on Dr. Besigye to retreat from his defiant strategy and join hands with the NUP party president Kyagulanyi Ssentamu who now commands unmatched influence within the urban population.

By press time, police had not issued a statement in regard to what charges they will prefer against Dr. Besigye who has just recently obtained bail.