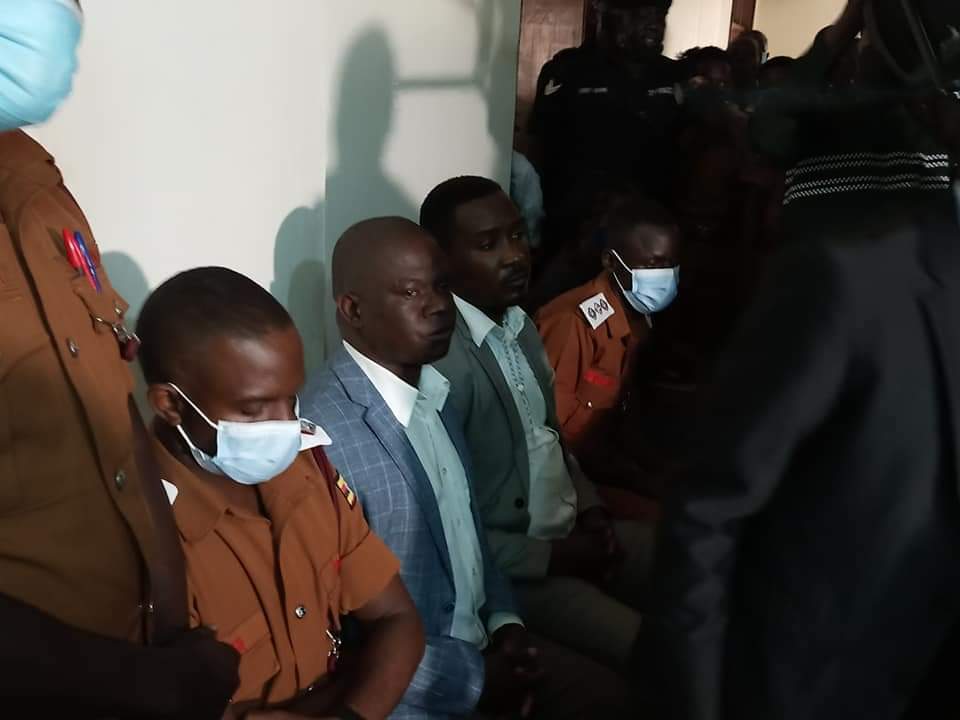 Lawyers have today appeared before the International Crimes Division court in Kololo seeking an injunction ordering for the release of Kawempe North MP Muhammad Ssegirinya and the Makindye West MP Allan Ssewanyana who have been in jail for more than 8 months.

“We seek court to unconditionally release the 2 MPs because the subsequent arrest was illegal and meant to abuse the first court order by Justice Victoria Nakintu in Masaka,” says Kampala woman MP Shamim Malende who is one of the lawyers in the case.

The two NUP MPs appeared on the rainy Thursday morning at court amidst a heavy security deployment. The court premises were sealed off by joint security forces backing the prison warders who brought the accused to court. Some NUP leaders were barred from accessing court citing security reasons.

Ssewanyana and Ssegirinya appeared very weak and visibly frail, a sign that they are enduring dire conditions inside prison.

Their lawyers say the persistent detention has deprived the MPs of their fundamental freedoms and liberties amongst which includes representing their electorates in parliament. The lawyers argue that the state prosecution seems not to be having evidence to implicate the accused.

Veteran human rights lawyer Ladislus Rwakafuzi, told court that by the virtue that the accused have been on remand for a very long time exceeding 6 months, they must be released on bail.

Medard Ssegona who today was part of the legal panel argues that the accused must be released since they are elected leaders with duties to execute. He adds that their responsibilities and positions warrant them to attend to court proceedings in case they are released on bail.

Court has set June, 29 to pronounce itself on the matter regarding the injunction seeking the immediate freedom of the MPs. Relatedly, jailed city lawyer Male Mabirizi today appeared in the high court challenging the trial of the NUP MPs.