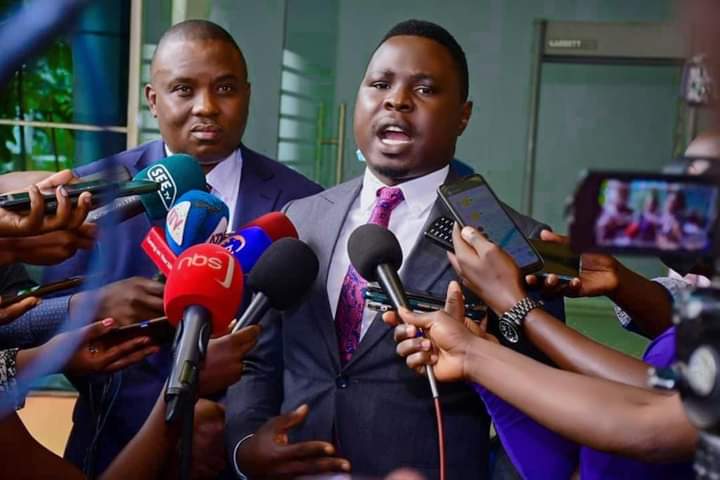 There was total confusion at high court this morning after the panel of 5 judges including Justice Catherine Bamugemereire, Stephen Musota, Irene Mulyagonja, Muzamiru Mutangula Kibeedi and Monica Mugenyi.

The confusion stemmed from the prayer of the respondent’s lead counsel representing the office of the Attorney General who prayed that court grants them a chance to amend a section within their defense, where they seemed to claim that the office of the clerk did not certify a copy of the affidavit indicating the minutes of the rules, discipline and privileges committee report in which Abdul Katuntu and 10 others of the total 32 members failed to raise the required quorum to endorse the report. Parliament committee rules dictate that at least half of the committee members must append their signatures to a report to make it valid and outstanding. But unfortunately in the Zaake matter, it was only 11 people who signed on the report, an issue Among and her team realized very late and opted to smuggle in a signature of the Otuke County MP.

The lead counsel for the petitioner Erias Lukwago condemned the forgery committed by parliament at the expense of its integrity. “Parliament is an institution where we expect morality to be upheld. The forgery that was conducted by our colleagues will not go unpunished. We are going to sue the Otuke MP who participated in this illegality,” Lukwago told journalists.

Meanwhile, sources say the speaker Anita Among is relentlessly trying to influence the proceedings. She and the parliament legal team want Zaake’s case dismissed with costs stating that the petitioner went to the wrong court (constitutional court) instead of the High Court. Legal pundits however say Zaake went to the right court since his case is largely a constitutional matter. Court will pronounce itself on the matter soon, in a judgment that shall be delivered in the next hearing.