Govt orders Ugandans to stay away from DRC protests 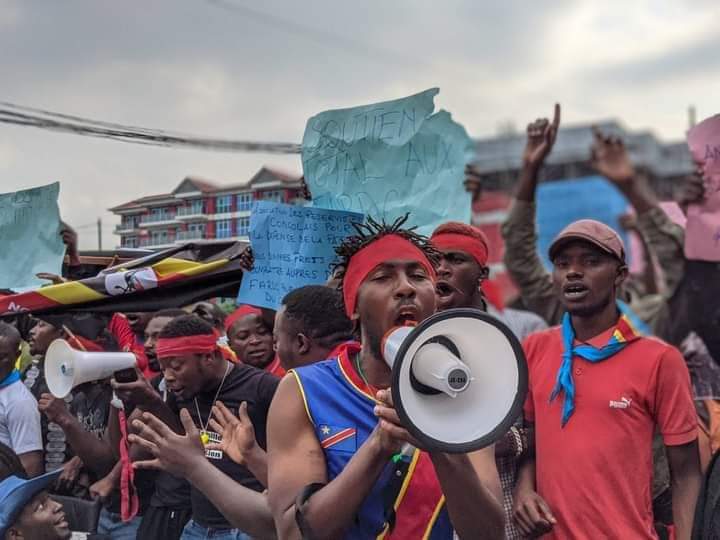 The Government of the Republic of Uganda has ordered her citizens to refrain from directly indulging in the ongoing protests in the Eastern DRC, where embittered citizens have taken to the streets to demand an immediate withdrawal of all foreign troops operating within Congolese territory.

In videos making rounds on social media, protesters are seen setting fire on Ugandan flags and posters depicting Gen. Museveni and his counterpart Paul Kagame, who are both accused with backing the M23 rebels.

In a statement shared with the press on behalf of president Museveni, the Minister for defence and veteran affairs, Hon. Vincent Bamulangaki Ssempijja says government has ordered all Ugandans living and working in DRC not to risk taking part in the protests.

“We will resolve as leaders at administrative level. There’s no need for ordinary Ugandans to be part of those protests. As the East African Community, we will come up with a lasting solution,” Ssempijja said. “We have also suspended the road construction project in DRC until normalcy is reinstated. We cannot work under a hostile environment. The tense situation will affect our road project,” he adds.

The directive comes at a time when Gen. Museveni in retaliation to the fuelling sentiments ordered the UPDF and CLF Lt. Gen. Muhoozi Kainerugaba to immediately suspend operation Shujjaa in the jungles of Eastern DRC.