“My court is not a comedy store,” judge tells Besigye as he denies him bail 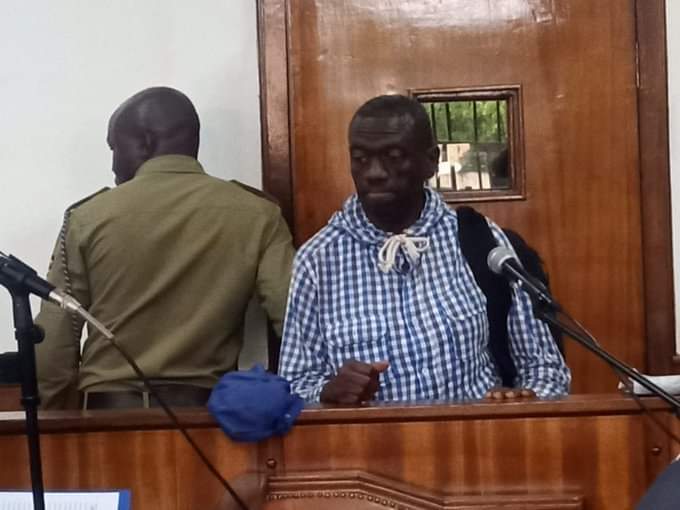 The leader of the People’s Front for Transition, also veteran presidential contender Rtd. Col. Dr. Kizza Besigye has been denied bail and further remanded to Luzira Prison until 1st July.

The presiding Magistrates of Buganda Road, a one Asuman Muhumuza has rejected the bail application for President Kizza Besigye and DP bloc member Samuel Walter Lubega Mukaaku citing that the two accused were granted bail at the same court on similar charges a week back.

The magistrate has said that he will not accept court to be turned into a theatre of politics.

“This court must be respected. It’s not a drama theater for politics,” said Asuman. “I hereby deny you bail on grounds that you had just got one less than a week back on related charges,” he added.

Asuman first suspended court for 15 minutes before arriving at the decision to deny the accused bail. State attorney had asked for a UGX 30m cash bail as a restraint to bar the accused suspects from committing the same offences again. His prayer has however been overturned by the remand taken by the magistrate Asuman Muhumuza. Dr. Besigye will return to court on July 1st for his bail fate to be decided. He is charged with incitement to violence and illegal assemby following his arrest in downtown Kampala on June 14, as he protested the soaring commodity prices and rising inflation levels.

Besigye’s lawyer, Erias Lukwago vowed to take magistrate Asuman Muhumuza before the judicial service commission over alleged misconduct after he adjourned the bail application hearing on June 15, when the suspects were arraigned before court. Muhumuza declined to hear anything that day citing time as Besigye was brought to court at 6pm beyond court working time, a thing Lukwago contests as an illegality.