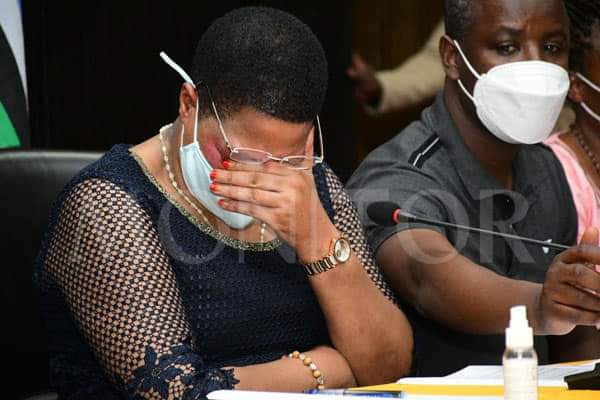 Sources privy to this say, Among’s fears stem from the ongoing uncontrollable backlash from Ugandans who are lambasting and castigating her for mismanaging taxpayers member, by leading the Parliamentary Commission into a series of non essential transactions like the recent procurement of her UGX 1.44 billion UK imported Mercedes-Benz vehicle, for herself and the Deputy Thomas Tayebwa. The deal attracted a public backlash with Ugandans condemning Among for leading a flamboyant and extravagant lifestyle at a time of economic crisis. In our report, we exposed how her very own Bukedea district is plunged in grave poverty and limbo.

Sources say the apparent attacks on the entire institution of Parliament after Among endorsed the issuance of UGX 40m to each MP has triggered fears within the struggling ambitious speaker. Among had successfully overcome the debate of Zaake’s censure and Oulanyah’s death only to again fall in another pit of endless scandals. It is said the embattled speaker is now considering a break off social media especially Facebook where she is having a hard time with embittered NUP supporters and Ugandans who are angered by her flamboyant lifestyle.

This publication understands that the official verified Facebook page of Among dubbed “Hon. Anita Among” has since been hacked and deleted with her instructions. We await to see if the same move shall be made on her verified Twitter handle.