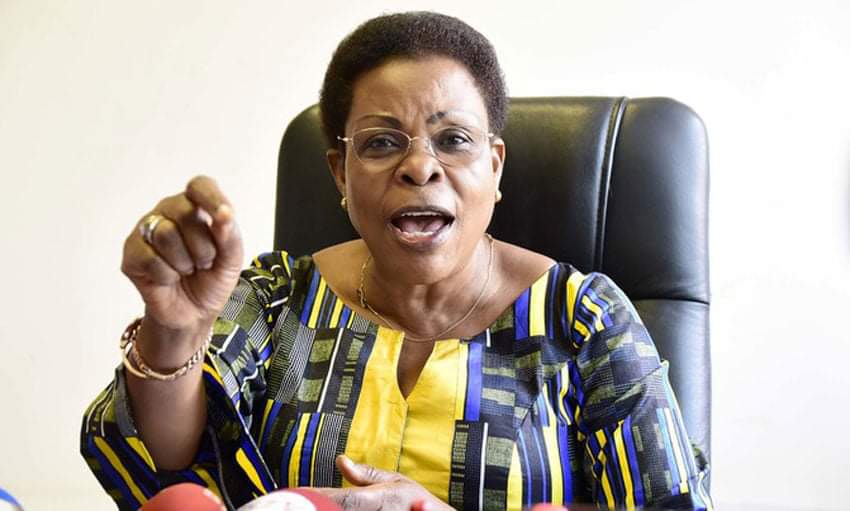 The Inspector General of Government (IGG), Betty Kamya has disclosed that officials from Ministry of Agriculture and officials from Uganda Bureau of Statistics (UBOS) have agreed to refund the stolen Shs.8.7bn which was given to them during Covid-19.

The Inspectorate of Government launched investigations into the matter, and 45 people were held responsible for the misappropriation of the funds.

Addressing the media on Friday, Betty Kamya revealed that in October last year, the IGG’s office started investigating the alleged misappropriation of Shs.10b.
According to Kamya, the Inspectorate agreed that the funds would be refunded over a two-year period, with each member making an initial deposit of 5% within 30 days.She adds that the culprits have deposited property, including land and houses in prime areas, as security for the IG.

On investigation, the IGG discovered that out of Shs.10.2b that was given to Ministry of Agriculture, only Shs.1.5b was injected in the Bukalasa Agricultural College (BAC) and Fisheries Training Institute (FTI).
When further investigations were done and the culprits were identified, the suspects called the IGG for talks. They pleaded to refund the missing Shs.8.7 Billion.

“The suspects agreed to refund the whole amount within 28months from March,” Kamya said.

On the matter of UBOS, Kamya revealed that the culprits from the finance department made requisitions and paid staff for field work activities during the Covid-19.

“Investigations established that between July 2021 and March 2022 Shs.1b was requisitioned for paying staff for field work activities during the Covid-19 lockdown,” she said.

She further noted that it was established that out of the total sum requisitioned, only Shs.33,130,900 was rightfully spent on field activities. Kamya disclosed that letters ordering the culpable UBOS staff to refund the funds were dispatched and after 90 days, the IGG will take action regarding the matter.

She further announced that she will not be pursuing criminal charges against officials from both government entities since they promised to return the missing funds.
She contended that instead of prosecution, refunding the stolen money is preferred because it is time saving and the recovery of the money is guaranteed since culprits are willing to comply.

According to Transparency International Corruption Perceptions Index for 2021, Uganda scored 27 out of 100, which is below the average of 33 points for the sub-Saharan, and 43 points for the global average. A recent report by the IG indicates that Uganda loses about 20 trillion Shillings annually to corruption.