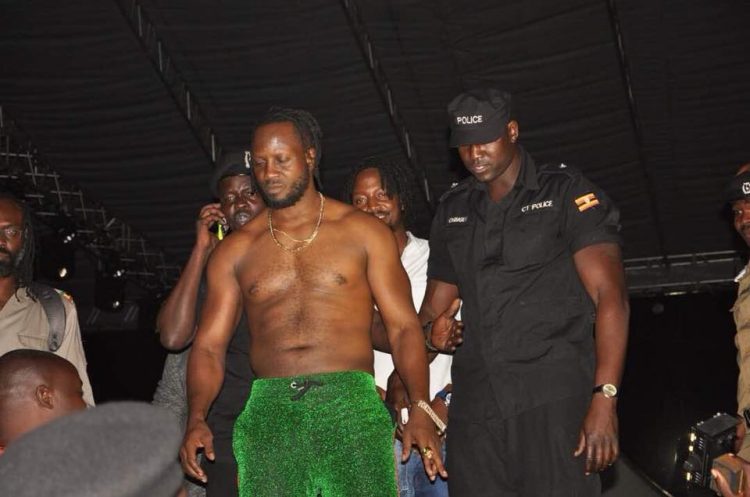 Museveni’s darling musician also self acclaimed Gagamel boss Moses Ssali largely known by his musical stage name Bebe Cool has in a Facebook post accused an individual with attempting to discharge a bullet aimed at ending his life. In the Facebook post on his official page, Bebe Cool attaches a video clip in which he is heard accusing the said individual.

Bebe says the implicated guy tried to aim a gun at him before a police officer hurriedly disabled him and confiscated the weapon. The culprit was allegedly overwhelmed and taken to police where his colleagues reportedly showed up and placed all officers on duty at gunpoint before making off with the accused suspect.

Below is the detailed first hand narrative published by Bebe Cool;

This man wanted to shoot me after knocking my car, as alot is still unveiling,but we managed to disarm him and he was arrested by a police officer.
Later taken to ntinda police station.
I was immediately asked by the police officer to go make a statement at the station.On arrival at the station, his colleagues had arrived at the station there by rounding it off and had put the police officers at gun point .They commanded me to vacate the premises and nearly shot at me.I had to run to my car and the driver took off.
I have been told that the culprit was taken away from the police station by his mates.
I have made calls to the responsible persons who are the bosses of this guy and they are in the know.

Watch the space as alot more is to be unveiled here.