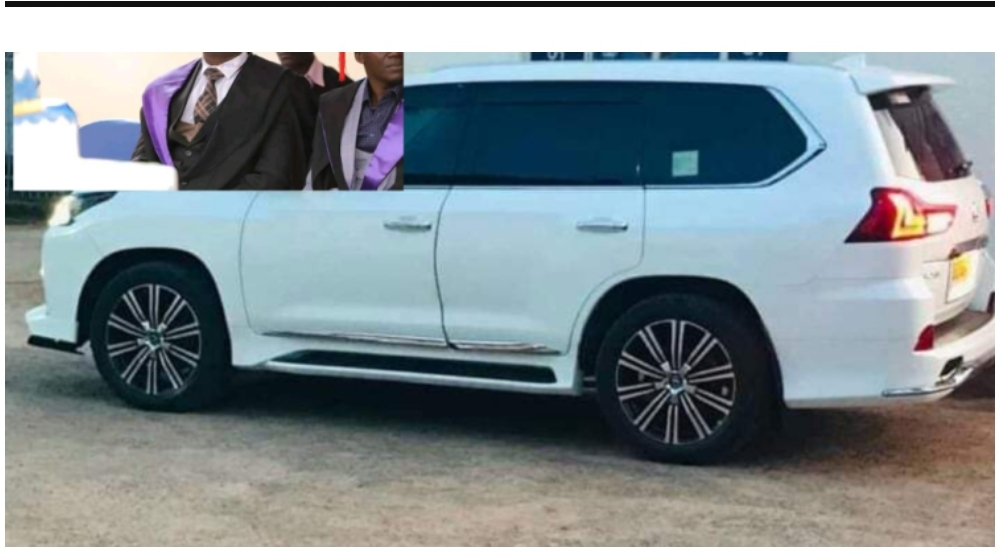 The House of Prayer Ministries lead preacher has still failed to reconcile with the fact that the National Council of Higher Education nullified his newly obtained Theological undergraduate degree from Kayiwa International University.

Days after graduating with a fake degree, the motormouthed Pastor Bugingo has consoled himself with brand new monster ride, accompanied by words of mockery to his critics who laughed at him upon the nullification of his degree.

Using some of the collections from his flock and donations from the proponents of the infamous Muhoozi project, the House of Prayer Ministries guru purchased a brand new Japanese used V8 series Toyota Land cruiser.

SEE ALSO: Bujingo in tears as degree is revoked by NHCE, curses NUP

The monster ride was this week spotted at the premises of the official Muhoozi project broadcaster dubbes Salt Media in Lungujja, Rubaga division.

Bujingo who spoke about the vehicle said he wanted to send a signal to his critics especially NUP supporters who think he cannot afford to live. “I am not studying to get a job,” Bujingo said. “I am rich man. I have my money. Not like these idle people of NUP who spend time on Facebook trading insults on us who have made it,” he added.