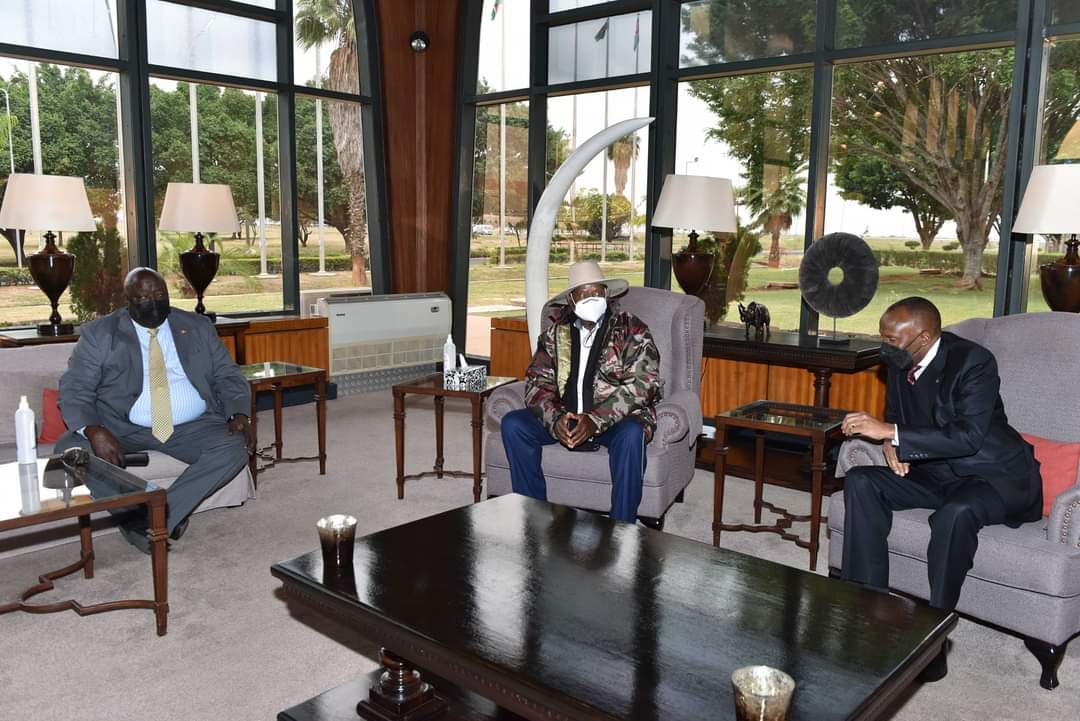 Ugandan head of state Gen. Yoweri Kaguta Museveni Tibuhaburwa has fled to the Kenyan capital of Nairobi to participate in the East African Community leaders crisis meeting that is set to approve the deployment of a regional force to man the war torn Ituri province of Eastern DRC.

Museveni’s visit comes at a time after Congolese locals pin the Kampala administration to have a hand in the raging conflicts in the Eastern DRC. A Congolese lawmaker in the Kinshasa based parliament said he had obtained credible evidence showing that the elite Ugandan Special Forces Command were directly fighting alongside the notorious M23 rebel group. The SFC are a commando unit that guards the Ugandan head of state and the first family.

DRC president Felix Tshisekedi amidst heightening tensions between him and his Rwandan counterpart Paul Rutagambwa Kagame rejected the incooperation of the Rwandan military into the regional EAC force, that was suggested by Kenyan President Uhuru Mwigai Kenyatta.

EAC top notch military leaders are today convening in Nairobi to resolve on the planned deployment as urged by the bloc chairman Uhuru Mwigai Kenyatta. Rwandan president Paul Kagame is reportedly not going to attend the Nairobi meeting, citing the ongoing Commonwealth heads of state meeting (CHOGM) in the capital, Kigali.