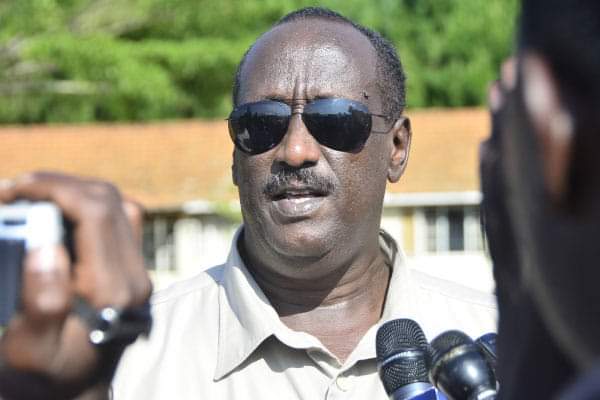 “There is absolutely no crime for Muhoozi becoming the next President,” NRA veteran warrior Gen. Caleb Akandwanaho who is known by his code name Salim Saleh says.

Gen Salim Saleh, the brother to current president Yoweri Museveni and also an uncle to Commander Land Forces Gen Muhoozi Kainerugaba has come out to say that its very okay for ‘son’ to become the next head of state.

Gen Saleh who leads the operation wealth creation says there is no law that Lt. Gen. Muhoozi Kainerugaba breaks to have interest or even when he decides to contest for the presidency since he is an adult Ugandan and has the minimum qualifications to vie for any political office in the country.

Salim Saleh adds that there is nothing in the Constitution that prohibits a son or daughter of a seating president from contesting for any public office and whoever finds it unfit should use the parliament to ammend the law.

Of recent Gen Muhoozi has been holding numerous birthday parties allover the country with many people saying that the 3 star General is traversing the country for political gains as he tries to test the depth of the sea as he prepares to take over from his father in the nearby future.