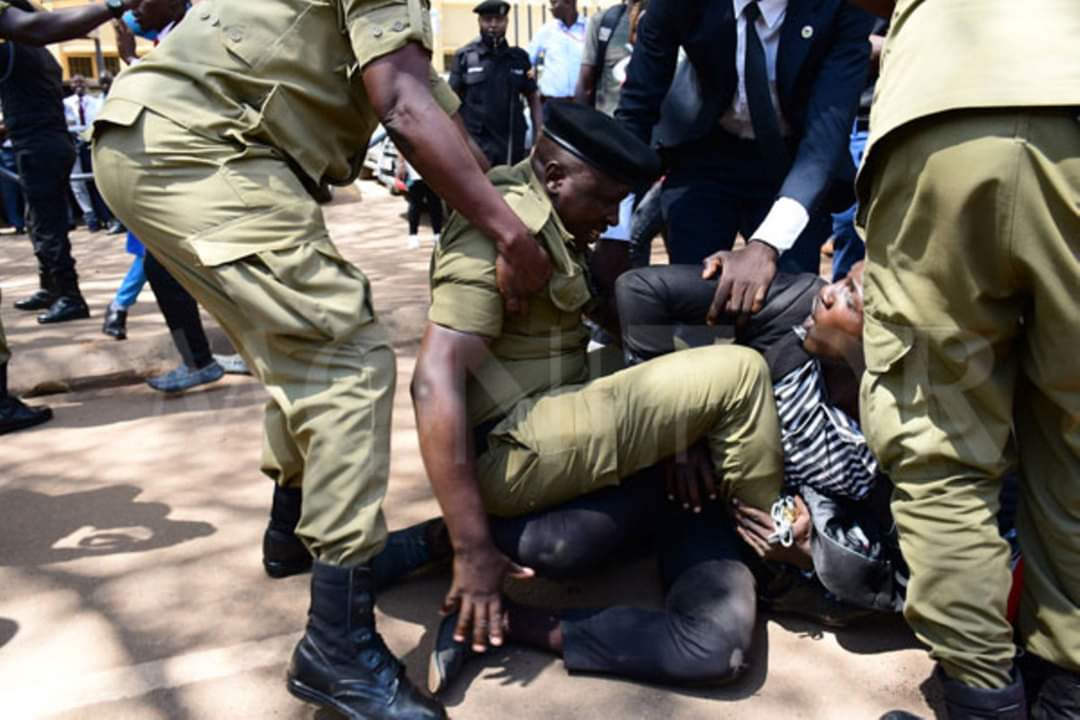 Uganda Police and military have intercepted a council session summoned by NUP’s Harris Akampurira who is the speaker of Kawempe division. Police commanded by the Kawempe DPC entered the session and started arresting every individual that was party to the meeting.

The speaker himself, Akampurira has not been spared in the operation. Also arrested are a team of Kawempe division councillors like Murushid Kakande, and several others.

The KCCA leaders had convened a meeting with the city vendors who were recently evicted off the streets of Northern bypass in a joint military operation on June 15. The area councillors were speaking to the vendors to see how their challenges can be handled by the KCCA, however, the division RCC ordered security to disperse the gathering, declaring it ‘an unlawful assembly aimed at inciting the peace of the area.’

By press time, the detained councillors were being held at Kawempe Police Station pending prosecution.