Museveni to graze own cattle as laborers protest salary delay 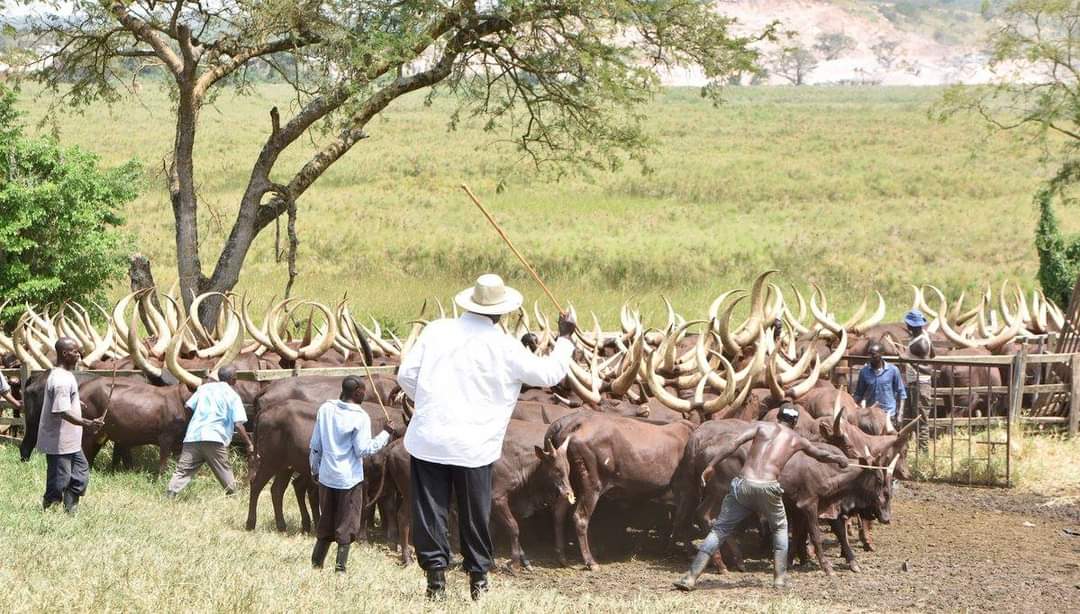 At least 138 casual laborers at Museveni’s Ssembabule district based Kasozi farm have laid down their tools over the delayed disbursement of their salary arrears. The enraged farm workers say they will not conduct any activity effective today till Gen. Museveni intervenes and solves their problems.

The striking labourers say they have gone to 60 days without pay, yet they are overwhelmed by domestic responsibilities to handle.

“Our land lords are on our necks. Our child’s have been chased from school over fees,” stated one protester who asked not to be put on record. “It’s shameful that a full president does not value the sweat of his workers. Totall disgraceful,” he added.

The workers are paid UGX 10,000 on a daily basis, which is issued every after 2 weeks of labor. This website has been informed that the money is supposed to be paid in cash to every worker. The source of this money is unclear, as the president’s net pay is UGX 3m minues the exorbitant allowances and other emoluments.

The head of the farm known as Bikanyire Sunday has lashed out at the protesting laborers saying they are being incited by ill intentioned individuals who want to put the image of the president into disrepute.

“We told them to be patient a bit. Their money will come as soon as possible. I know some people who want to spoil the president’s image are the ones behind this strike,” Bikanyire said. “I urge all the staff to resume their work while we resolve on this matter,” he guided.

Contacted for a comment on the matter, the office of the state house press secretary, Lindah Nabusayi declined to issue a single statement in that regard.