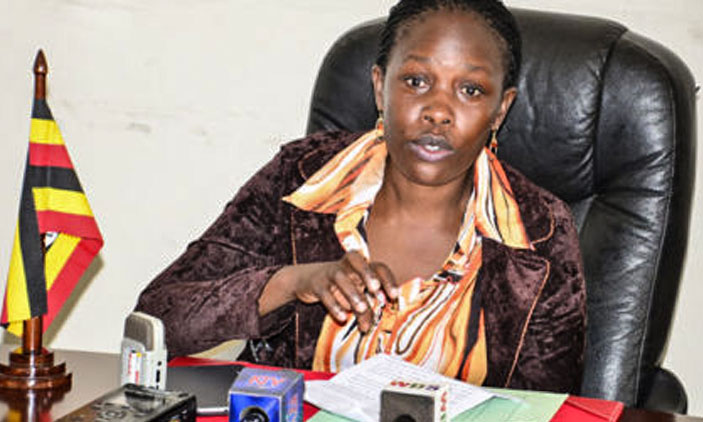 The Minister for lands Judith Nabakooba has directed an immediate arrest of National Unity Platform party coordinators and mobilizers in Mityana district. In a series of joint military operations that followed a Naguru security presser green lighting to accusations that Mityana, a NUP stronghold is accommodating ADF rebels, several coordinators and youths have been arrested.

Our reporter has seen numerous videos of youths being scooped out of their residential homes in Mityana town before being bundled onto waiting police patrol trucks and driven to the Wamala regional police headquarters. Soldiers are seen hitting the hesitant youths with batons for merely inquiring about their charges.

“Afande what have I done? Why are you harassing me? You found me in my workshop,” pleaded one man dressed in a blue overall. “I am a welder. I have no idea why you are brutally arresting me,” he added as a soldier dragged him by the waist.

Some people privy to the arrests who spoke exclusively to this reporter intimate that the Minister Judith Nabakooba connived with the regional security chiefs to orchestrate lies that would have the backing of Kampala. Indeed, during the Monday weekly security presser, the police spokesperson Fred Enanga spoke about the alleged ADF cells in Mityana district, days after UPDF claimed to have discovered one in Luweero district.

“They have to hoodwink the Kampala security leadership that Mityana is a hotspot of terrorists so that their political raids are justified,” says a low ranking police officer privy to the operation. “The goal is to deprive the NUP camp of mobilizers in case court orders another by-election in Mityana for the woman MP polls,” adds the source.

The Minister Nabakooba petitioned court to nullify the victory of NUP’s Joyce Bagala citing a span of irregularities in the 2021 polls, where she claims her competitor indulged in ballot stuffing and voter bribery. Bagala appealed the high court ruling that agreed with Nabakooba’s raised points. The appeal court is yet to give its verdict on the matter.