Museveni’s fall is near, insists Bobi 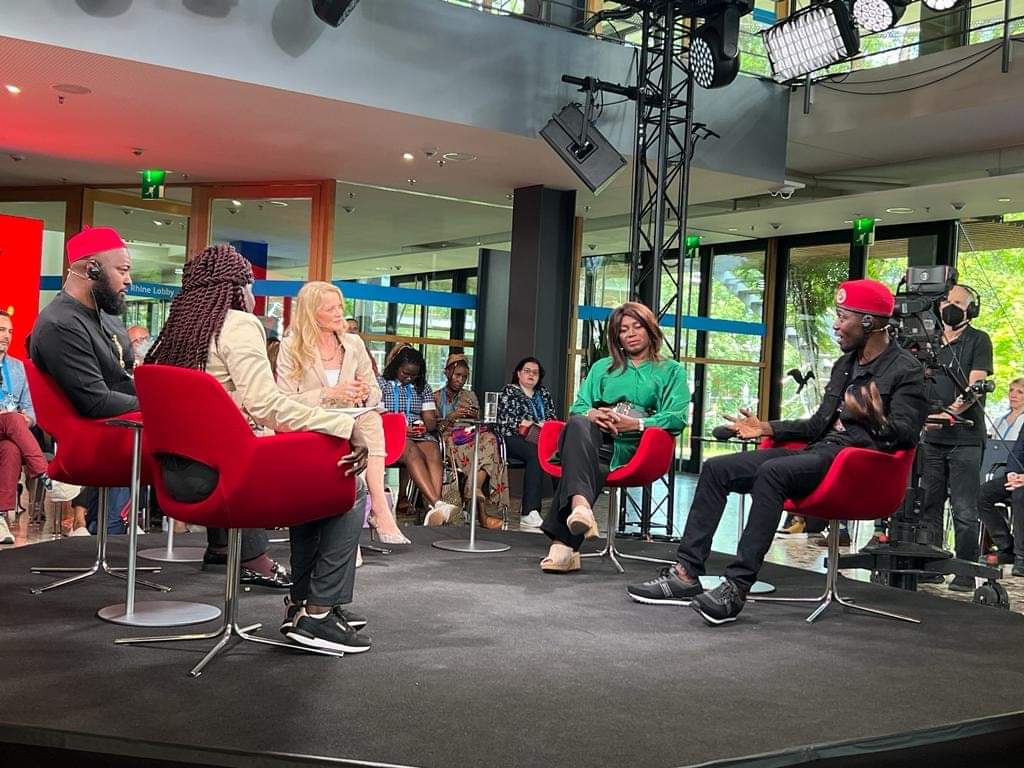 The National Unity Platform party president Kyagulanyi Ssentamu Robert who is part of the panel of creatives in an arrangement by DW TV has reiterated his commitment to ousting Ugandan despot Gen. Yoweri Kaguta Museveni Tibuhaburwa.

Bobi, 40, a popstar turned politician says Ugandans are overwhelmingly fed up with the NRM junta regime led by Gen. Museveni, a guerrilla revolutionary who ascended to power by the rifle in January 1986.

Bobi insists that Ugandans will soon rise and topple Gen. Museveni in mass civil uprisings and peaceful protests to realize a transition to civilian rule.

“There is always a rise and fall of a dictator. There is no rise and rise of a dictator,” he said.
“We already know his rise, we are working day and night to see his fall,” he added.

Bobi adds that the struggle is not his personal ambition but rather a collective perspective of the oppressed Uganda populace. The former presidential contender is in Bonn, Germany on an invitation by the DW TV to be part of a panel of creatives from Africa. The DW global media forum is organized under the theme “shaping tomorrow, today.”

Bobi also banked on the moment to perform some of his revolutionary music that left the audience thrilled. In his lyrics, Wine sang about the atrocities and total disregard for the rule of law and constitutionalism exhibited by the Museveni regime. Wine also called for the release of opposition figure Rtd. Col. Dr. Kizza Besigye who is being detained at Luzira maximum prison alongside dozens of political prisoners.