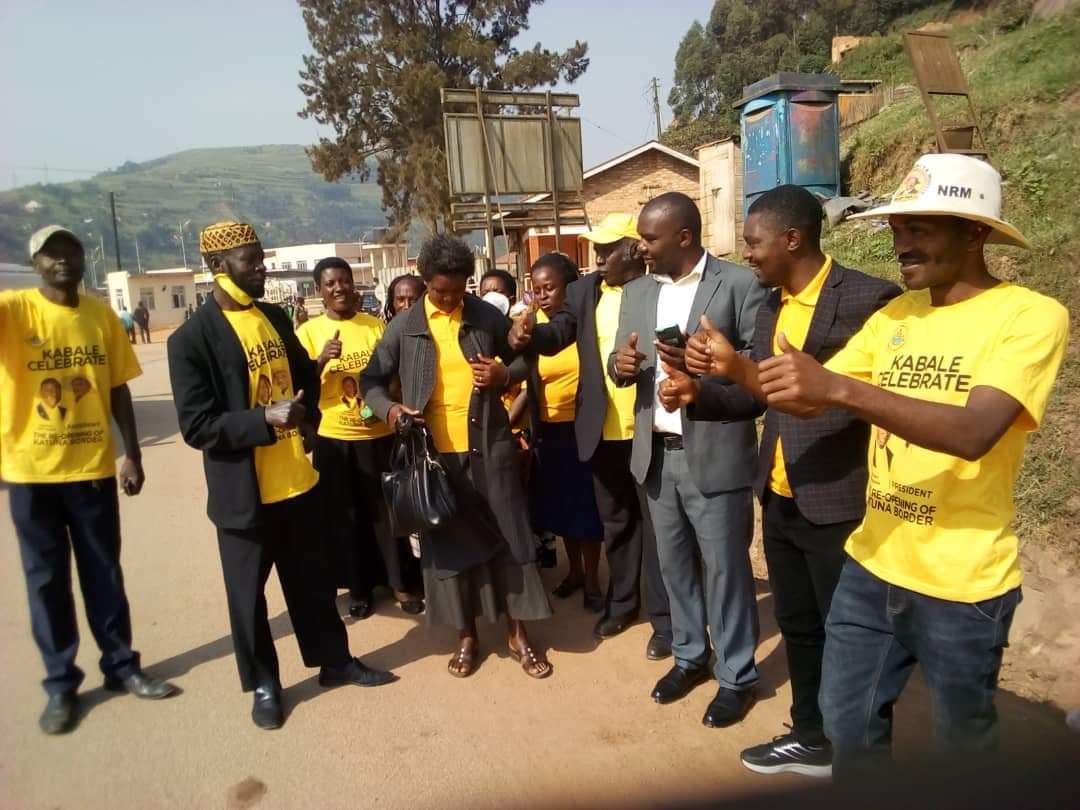 Local government leaders and the Resident District Commissioner of Kabale District have paraded a team of youths to welcome President Yoweri Kaguta Museveni Tibuhaburwa as he headed to Rwanda via the Katuna border post earlier today.

The paid youths and traders braved the hot sun along Katuna in Kabale District as they waited for the entire morning to wave at President Museveni, who was expected to pass through the Katuna border while en route to Rwanda for the Commonwealth Heads of Government Meeting (CHOGM).

Local media reported that the RDC improvised UGX 5,000 which is an equivalent of $1.2 to each youth who would stand by the road side from 9am to 2pm to wave at Museveni’s convoy and give an impression that he is still supported in Kigezi subregion.

Gen. Museveni is to join a delegation of heads of state who have convened in Kigali city, Rwanda for the CHOGM. This comes at a moment when there is tension between Kigali and her neighboring DRC who accuses the Kagame administration with facilitating and sponsoring the M23 rebel outfit. The M23 are an Eastern DRC based Tutsi speaking rebel group that is seeking to occupy the territory of North Kivu and Ituri province.

The current visit is the first to be made by Museveni via the land border following a 3 year closure of the same point as Kigali and Kampala traded bilateral differences since 2019.