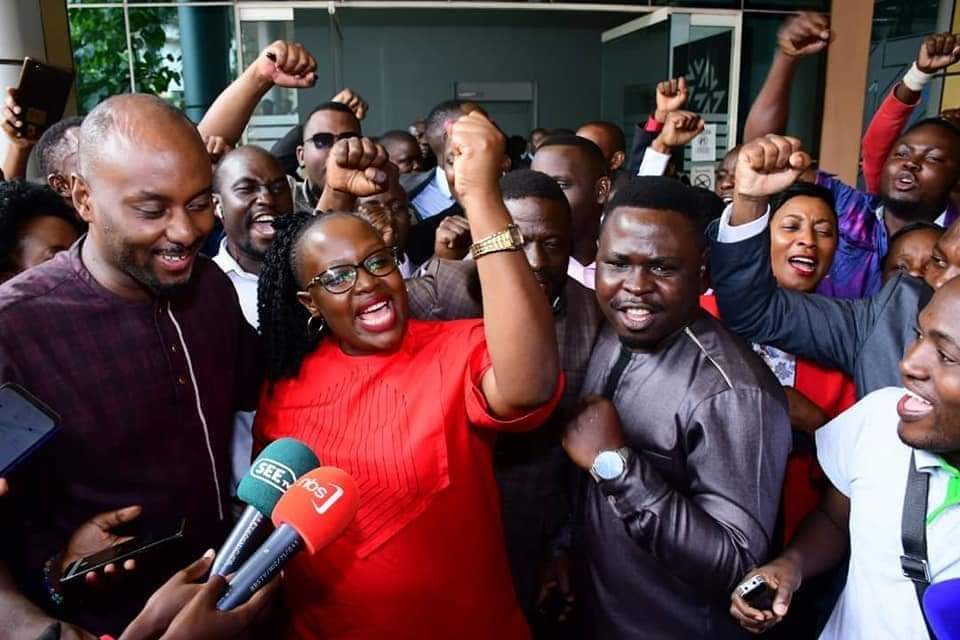 The Minister for lands Judith Nabakooba is reportedly unconscious at a yet to be revealed health facility in Kololo, Kampala after court this Friday morning upheld the victory of NUP’s Joyce Bagala as the Mityana woman Member of Parliament.

Immediately after the ruling, Nabakooba was led away by her security detailed after she instructed them to block the media from accessing her for post-court interviews.

The Court of Appeal overturned a Mubende high court ruling and ruled that Ms. Judith Nabakooba failed to adduce evidence to prove the said allegations, noting that even if there was noncompliance with the electoral laws, it was not sufficient enough to affect the election results in a substantive manner.

Justice Geoffrey Kiyabwire disregarded all the points raised by the embattled Minister and upheld the victory of Bagala, adding that all parties should bear the costs incurred during the trial.