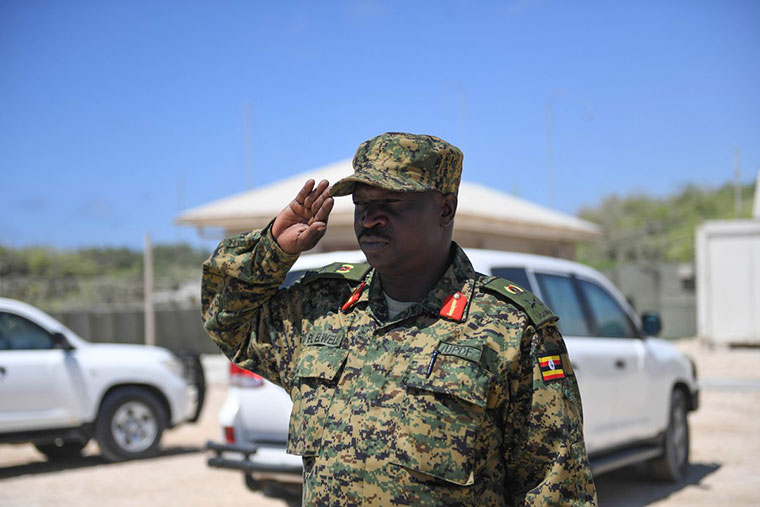 There’s so much intrigue reportedly ongoing inside Uganda’s army dubbed Uganda People’s Defence Forces-UPDF. Several intelligence officers have already alerted the Commander in Chief Gen. Yoweri Kaguta Museveni Tibuhaburwa that there is a mutiny element within the soldiers.

SEE ALSO: We are sitting with a terrorist in parliament, Ssenyonyi roasts Elwelu

Just yesterday, the Deputy Commander of the Defence Forces Maj. Gen. Peter Elwelu used his authority to issue a message to all military officers to be on stand-by at class 1, and ordered all of them to stay in their positions. No military officer is supposed to leave the barracks under the class 1 arrangement till the situation returns to normal. The CDF Gen. Wilson Mbadi is apparently out of the country in neighboring Kenya to be part of the conference that will work upon a regional force to be deployed in the DRC in wake of the M23 rebel clashes.

Sources inside the army now say, the CIC has called for a meeting of all military service chiefs tomorrow soon as he returns from Kigali where he has been attending a CHOGM conference. This follows an order issued by Deputy CDF Lt.Gen. Elwelu putting all troops on standby class 1, the highest level of military readiness.

The story is still under development..