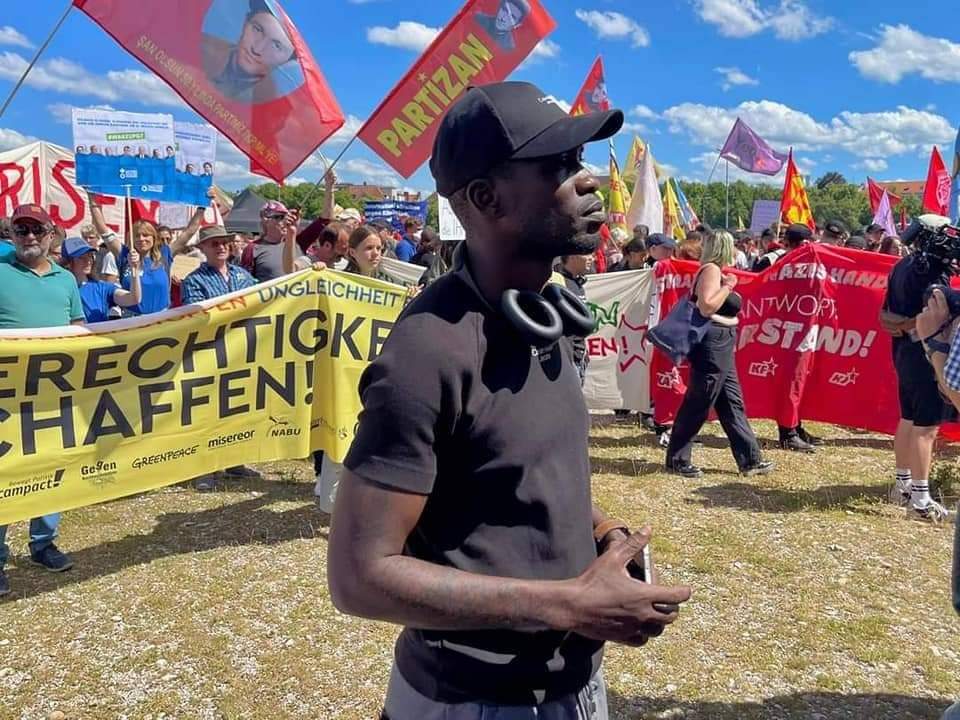 Leaders from seven of the world’s wealthiest countries are meeting at this year’s G7 Summit in Germany’s Bavarian Alps on Sunday to discuss the globe’s most pressing issues. On their table, the global economy, climate change and the Ukrainian war are part of the issues that will dominate the discussion.

Several other protesters from different parts of the world took it to the streets to raise their voices against G7’s continued support of dictatorial regimes, among a number of issues including climate change.

Bobi Wine captured in pictures arrived at the venue and his presence inspired a handful of like thinking Patriots to take part. Bobi has for the past week stationed in Germany on official duties, according to key sources within the National Unity Platform party.

“For those of you who thought the storm is over, this is a testament,” reveals one NUP official. “There are lots of engagements ongoing. We will make Uganda free,” he assured.

Meanwhile, a day ago similar protests were seen on the streets of London near Holland Park, as Ugandans living in the UK rallied the Boris Johnson government to sanction Museveni’s offshore banking units. The protesters accuse the 79 year old dictator with gravely disregarding human rights and leading a terror campaign against the citizens of Uganda.